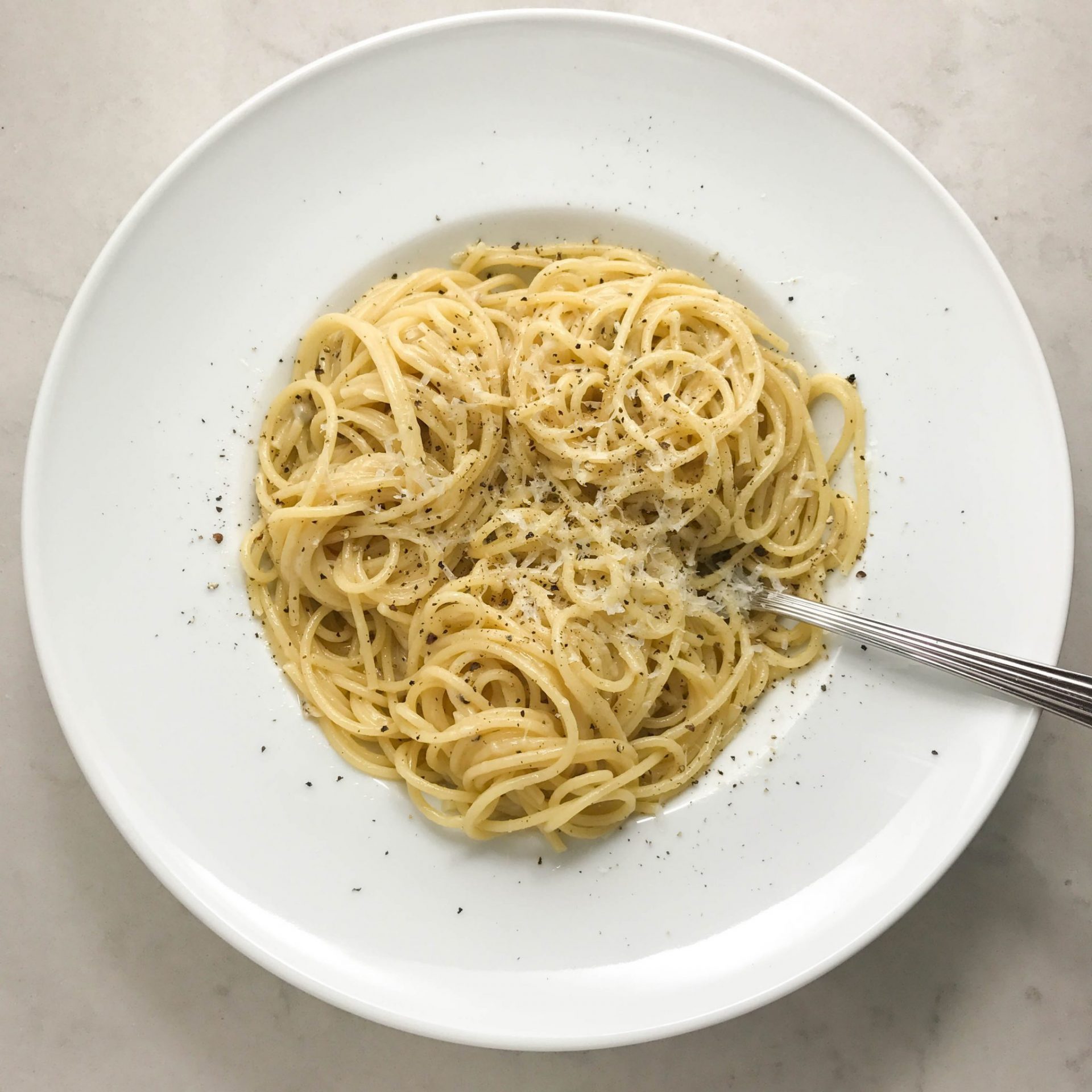 When I was in Rome last week I finally got to have a taste of Cacio e Pepe in Italy.

Cacio e Pepe is a pasta dish with cheese and pepper. It sounds very simple and tastes quite good. If you’ve never had it, think of it as a much lighter version of Alfredo. But with fresh cracked pepper for an extra kick.

The place I ate Cacio e Pepe at was Taverna Trilussa. Taverna Trilussa  is known for good Roman cuisine. We had two dishes while we were there. Cacio e Pepe on the left and Bucatini all’ Amatriciana right. Both were good. If you are ever in Rome, I would recommend checking this place out. You need a reservation since it gets busy and many people were turned away without one.

I am happy to report that the Cacio e Pepe I put together was very similar in flavor, texture and overall tastiness!

I originally learned of this dish through Seriouseats.com. There was a video posted of Kenji making this and it seemed extremely easy. So I decided to give it a go. This recipe has been adapted from that video.

Melting the butter in olive oil: 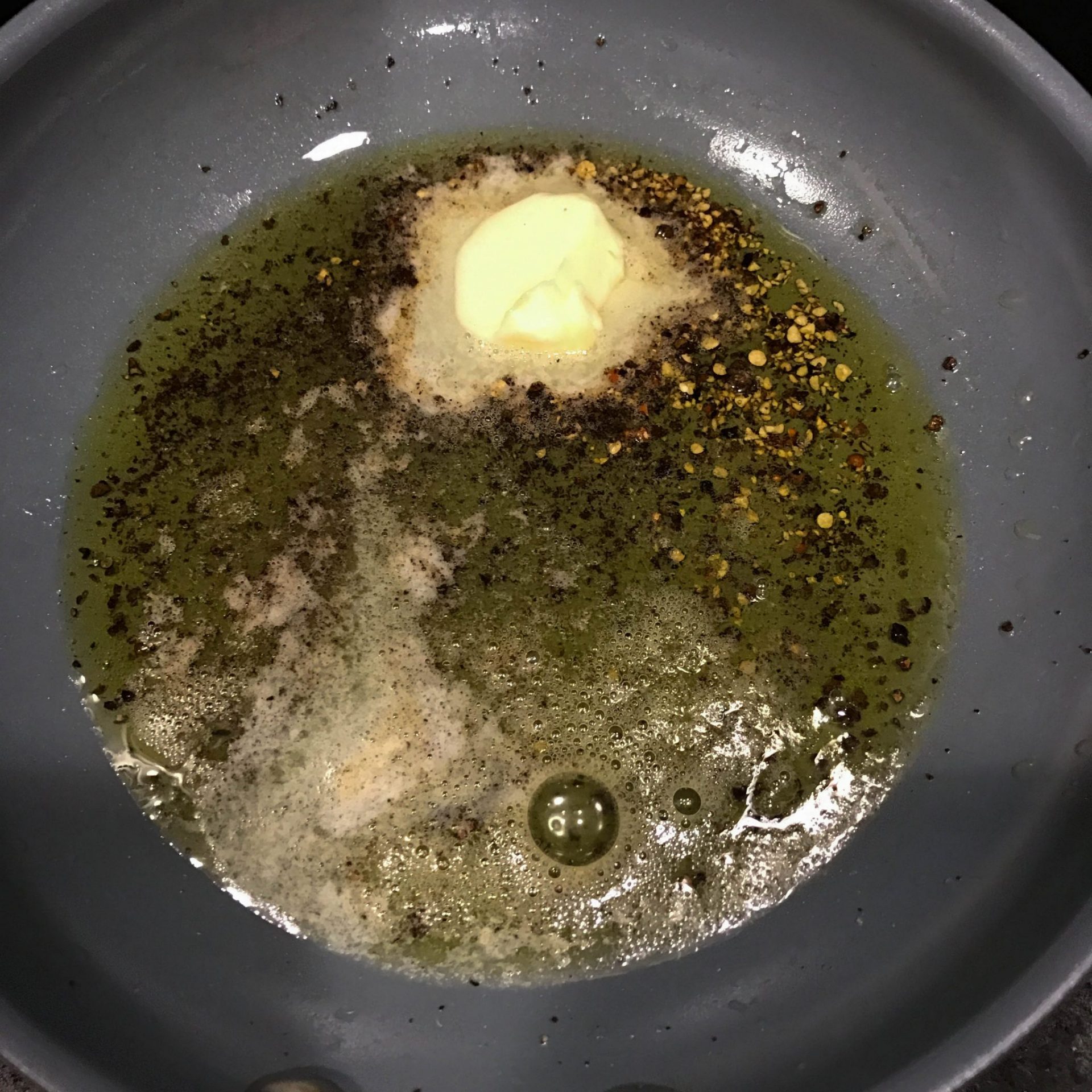 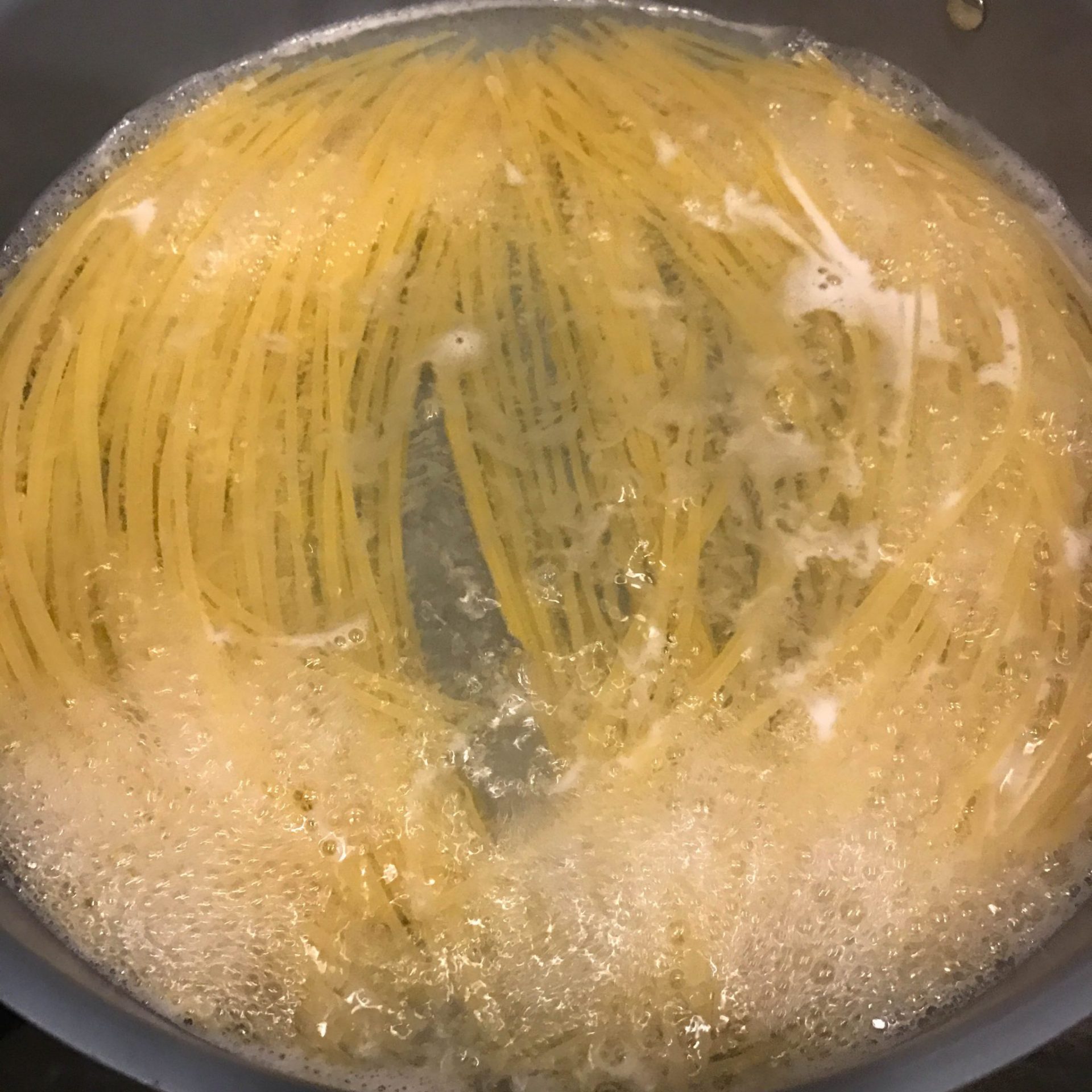 Mixing in the cheese! 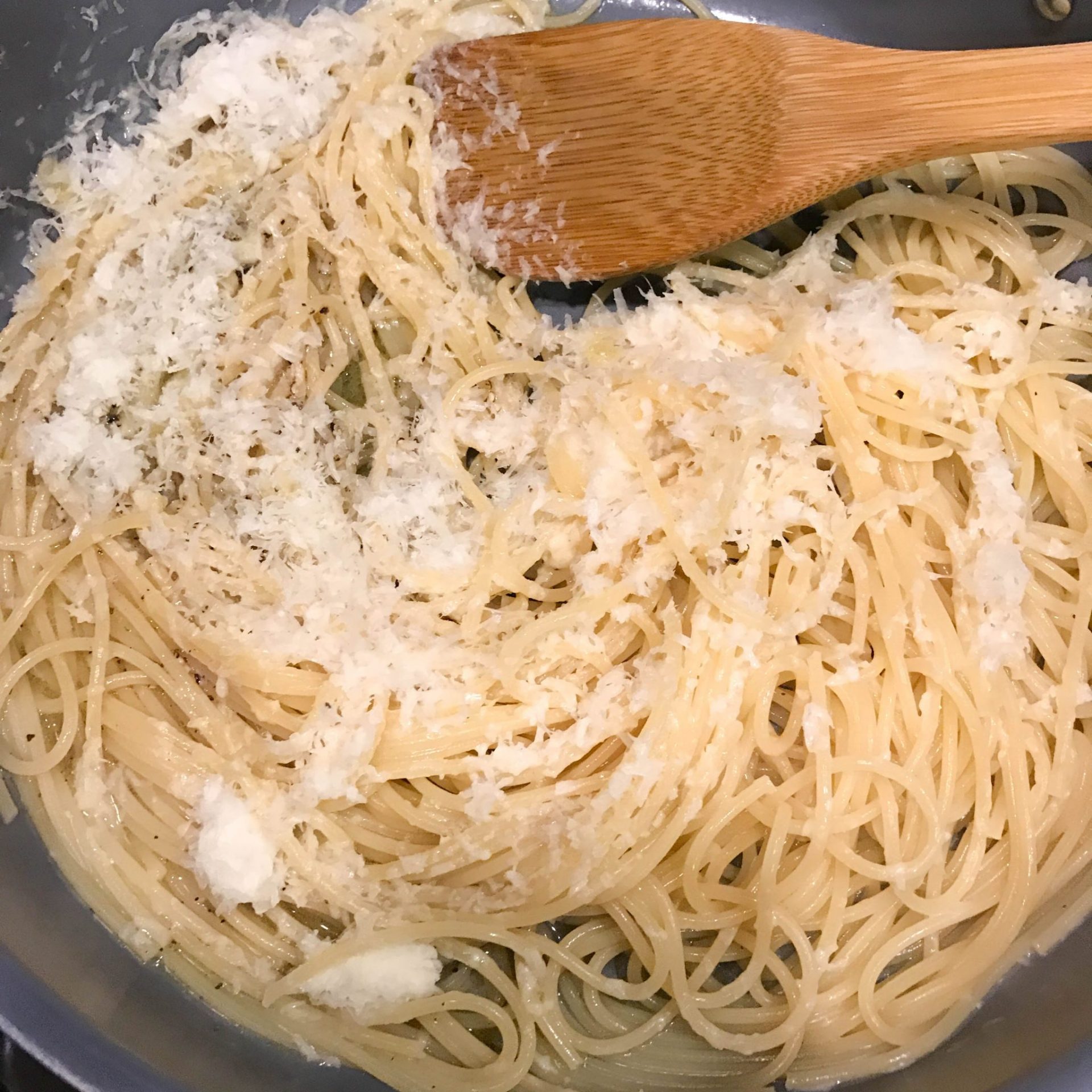 Here is a new video I made following my recipe, but using a 5 peppercorn blend of pepper!

In case you missed them, here are some of my other pasta recipes! 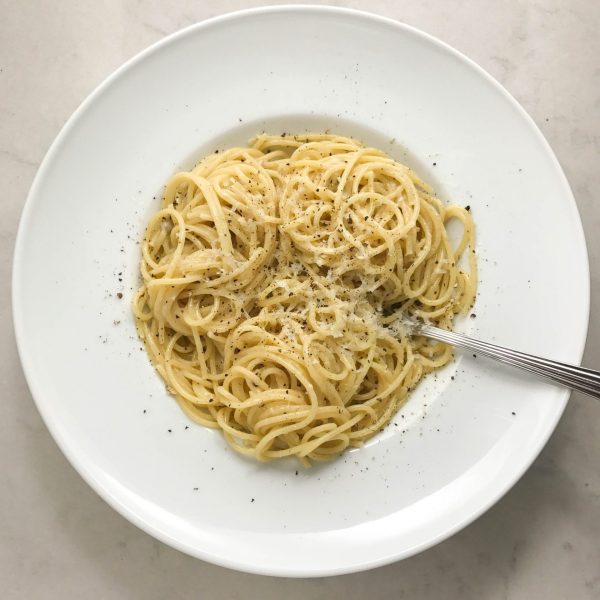