Kuromitsu is a Japanese simple syrup made from black sugar harvested in Okinawa. It’s got an extremely sweet and complex flavor that’ll add both character and sweetness to any dish you desire.

So “kuromitsu” literally means “black syrup” or “black honey” referring to the color and texture of the sweetener.

It’s made from unrefined kokutou, and is a central ingredient in many Japanese sweets.

If you’ve traveled to Japan to eat, you might’ve had kuromitsu drizzled as a topping for desserts such as mochi, or even kakigori (Japanese shaved ice.)

Kuromitsu has a rich, molasses-like flavor but thinner and milder, especially when compared to black-strap molasses (one of the more complex versions of molasses.)

Want to know more about molasses?

Molasses is a thick, dark syrup that is a byproduct of the sugar-making process.

It can be made from sugarcane or sugar beets, and is created when these plants are crushed to extract their juice, which is then boiled to make sugar crystals.

The remaining liquid, which is called molasses, is a mixture of water, minerals, and various sugars including glucose and fructose.

Molasses has a distinct, rich, and complex flavor that is often described as smoky, earthy, or even bitter.

Molasses is commonly used as a sweetener and a flavoring agent in a variety of foods and beverages, including baking, sauces, marinades, and alcoholic drinks.

It’s also a good source of various minerals such as calcium, magnesium and potassium. 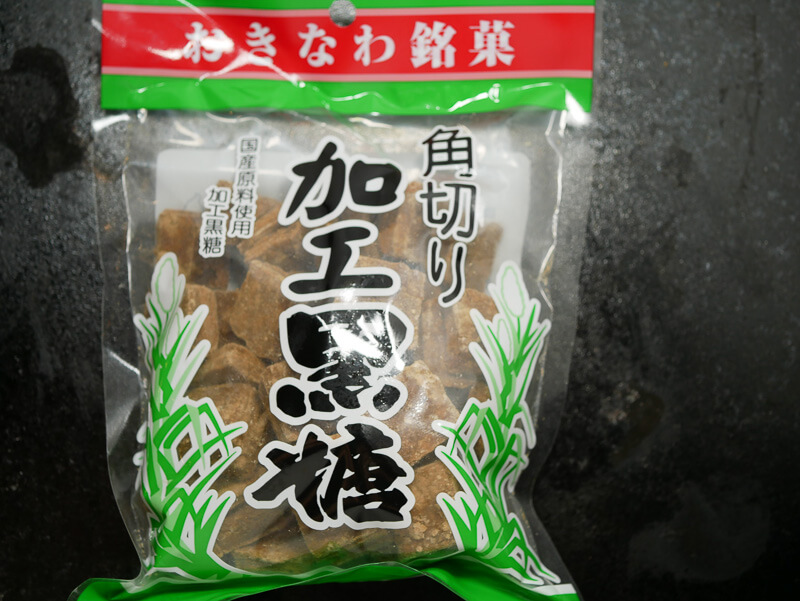 is that what gives kuromitsu it’s dark color?

The color of sugar can vary depending on the type of sugar and the way it is processed.

One of the main factors that can affect the color of sugar is the degree of caramelization, which is the process of heating sugar until it turns brown.

The longer the sugar is heated, the darker the color will become.

Another factor is the presence of impurities such as molasses, which is a byproduct of the sugar-making process.

Sugars that retain a higher amount of molasses will be darker in color.

In the case of kuromitsu, the black color comes from the high content of molasses and mineral in the sugarcane.

The sugar is also heated at high temperatures to create the dark color. 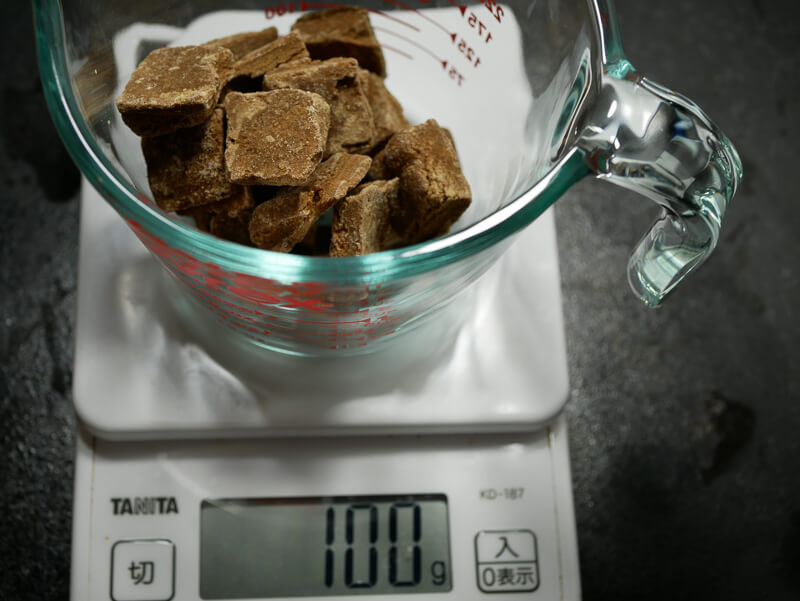 There are several different types of brown sugar, each with its own unique flavor and texture. Some of the most common types include:

Brown sugars like kokutou (kuromitsu), are generally considered to be a ‘healthier’ alternatives to refined white sugar.

Some of the potential benefits of dark sugars include:

It’s important to note that regardless of whether you choose dark or white sugar, consuming too much sugar can be harmful. Excess sugar intake is linked to a variety of health problems such as obesity, type 2 diabetes, and heart disease. Therefore, it’s important to consume any type of sugar in moderation.

It’s also worth mentioning that there are other natural sweeteners that are may have other nutritional benefits that white sugar lacks. For example, raw honey, maple syrup, or raw dates. These natural sweeteners contain vitamins, minerals and antioxidants, and also have a lower glycemic index than refined white sugar.

Brown sugars, like kokutou generally have a stronger and more complex flavor than refined white sugar. The flavor of dark sugar is often described as richer, smokier, and with more depth compared to the neutral taste of white sugar.

In terms of sweetness, dark sugar is not necessarily sweeter than white sugar.

The sweetness of sugar is measured by its sucrose content, and both dark and white sugar have the same level of sucrose.

The difference in taste is mainly due to the presence of other natural compounds and minerals like glucose, fructose, and mineral that are retained in dark sugar during the processing.

Also, the way the sugar is used in a recipe can affect the perception of sweetness.

For example, using dark sugar in a recipe can add a depth of flavor that enhances the sweetness, making it taste sweeter than white sugar alone. 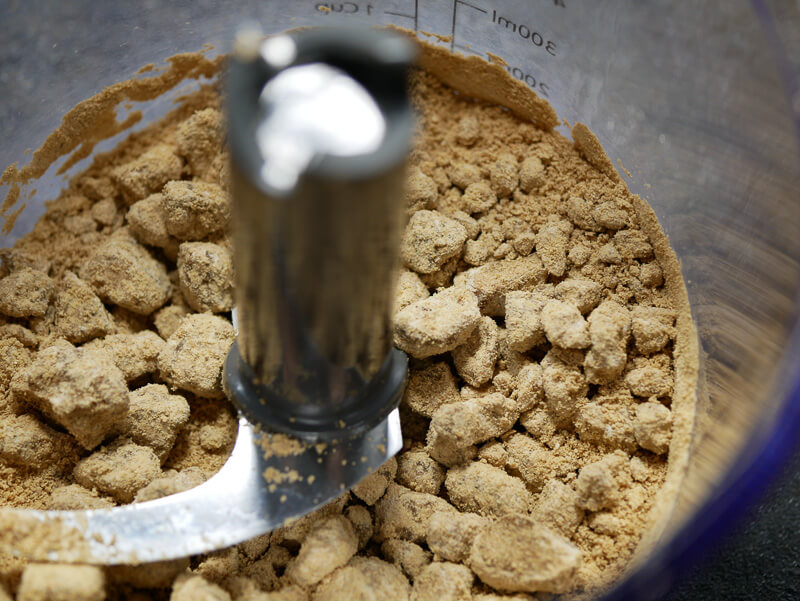 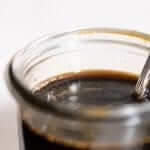 Kuromitsu is a Japanese simple syrup made from black sugar harvested in Okinawa. It’s got an extremely sweet and complex flavor that’ll add both character and sweetness to any dish you desire.

Kuromitsu should be stored in the refrigerator and used within 5-7 days. As there are no preservatives, it can easily spoil if unused and or left out at room temp.

Kuromitsu can be used for many different traditional Japanese desserts and even non-japanese foods where you want a nice complex sweet flavor.

For some Japanese cooking inspiration, check out these recipes:

how will you use this syrup?

with japanese dessert or something different?

lmk in the comments- 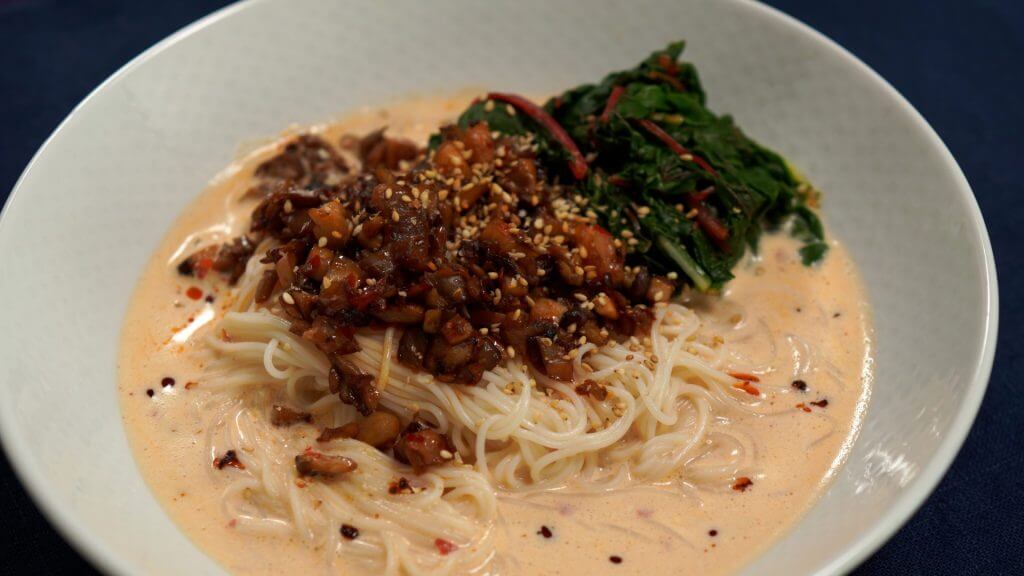