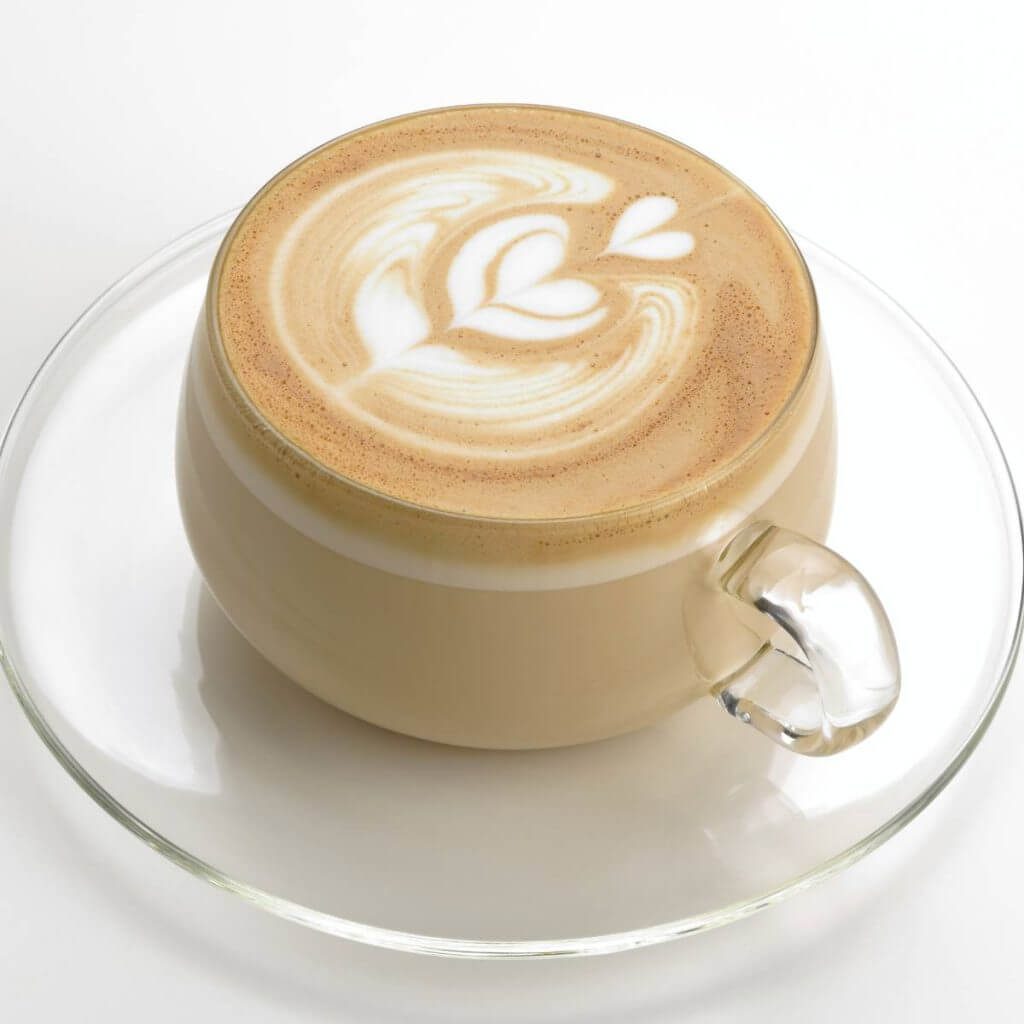 What is a hojicha latte?

Hojicha latte is a Japanese style latte made with hojicha, a type of Japanese green tea that’s been roasted.

As you may know, the word “latte” is short for the Italian word “caffè latte,” which means “milk coffee.” The drink is made by pulling a shot of espresso and then adding steamed milk to it.

The milk is steamed to create a frothy texture and a thin layer of foam is added on top. This creates a creamy, smooth, and slightly sweet drink that is well balanced with the strong, bold flavor of espresso.

With the hojicha latte, we’re replacing the espresso with hojicha tea.

And it works well because hojicha has a very strong bold flavor too.

Although it comes from the same plant (camelia sinensis), hojicha is very different from green tea. Japanese green tea has a characteristic vegetal and grassy flavor.

Hojicha really doesn’t have any of that.

In general, hojicha is less bitter than green tea and has a mild, smooth, and slightly sweet taste which can be enhanced by brewing temperature.

Tried a true cold brew yet?

In Japan, hojicha is a popular tea to drink by itself, after a meal, or with dessert.

As you may know Japan gets quite cold in winter, where you’d love a hot cup.

And, brutally hot in the summer where a cold cup of hojicha would be a delicious way to cool down.

And yes of course, hojicha can also be enjoyed as a base for a tea latte.

The taste of hojicha is unique and it can be extremely likable for those who are not fond of traditional green teas.

If you’re using properly steamed milk in your hojicha latte, it may have naturally been sweetened. If using a frother may be less so.

When talking cows milk they may be similar, but they have some key differences:

(milk being steamed… look at that foam! ;p)

It’s worth noting that the sweetness of the milk can also depend on the type of milk you are using, for example, non-dairy milk can have a different taste and texture than cow’s milk, especially if sweetened or flavored. 当たり前じゃん! (Duh).

Traditionally, lattes are made with cow’s milk but with the new popularity and availability of plant-milks, it’s common to find lattes made with non-dairy milk like soy, almond, oat and others.

Is matcha or hojicha better?

Hojicha lattes are generally less bitter than traditional green tea lattes and have a nutty, toasty, and slightly sweet taste.

Matcha and hojicha are both types of Japanese tea, but they’re prepared and processed differently.

Matcha is a type of green tea that is made from whole tea leaves that are ground into a fine powder.

The leaves are grown in the shade for several weeks before being harvested, which increases the chlorophyll content and gives the tea a vibrant green color.

Matcha is traditionally prepared by whisking the powder in hot water, resulting in a frothy, creamy, and smooth tea that is rich in antioxidants with a very unique flavor.

Hojicha, on the other hand, is a type of Japanese green tea that is made by roasting green tea.

Both teas are unique and offer different flavor profiles, which makes it a matter of personal preference which one you prefer.

And no, it doesn’t have to be one or the other.

At least for me, I enjoy both!

5 ways to improve the flavor of your next hojicha latte:

BONUS: Get an insulated mug. My favorite are these snow peak milk bottles. Great for travel especially. They’ll keep your drink hot or cold for over 24 hours. They’re THAT good.

Because it’s roasted at a high temperature it has very low caffeine content. Many people drink this in the evening and are able to fall asleep without any problems.

Where did hojicha come from?

Hojicha is believed to have originated in Kyoto, Japan in the 1920s. It was created as a way to use up lower-grade tea leaves that were not suitable for other types of tea.

What non-dairy milk is best for my next hojicha latte?

Soy milk is a good option for those who are lactose intolerant or vegan. It’s one of the most nutritious plant-based milk alternatives: a good source of protein and contains all essential amino acids with a neutral flavor.

Almond milk and oat milk are also good options, but they may not create as creamy of a texture as whole milk or soy milk.

Almond milk has a light and nutty taste, and is lower in calories than many other plant milks. It’s also a good source of vitamin E and calcium.

Oat milk has a creamy texture and a mild, slightly sweet taste. It is also a good source of fiber and beta-glucans.

Coconut milk has a rich and creamy texture and a slightly sweet and coconut flavor. it’s high in saturated fat which may not be the best for someone looking to moderate their saturated fat intake.

is it possible to make a latte without a steamer?

Some people may not have an espresso machine or standalone steamer, however, don’t fret.

There are several ways to froth milk without a steamer, including:

It’s worth noting that these methods will not produce the same frothy and thick foam that you would get from a steamer, but …

They can create a decent foam that will give a creamy texture to your latte.

And make you wonder….

Why didnt i try making this at home sooner!

Here’s my go to recipe

Hojicha latte: 5 ways to make it your best yet 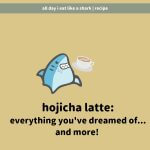 Hojicha lattes will make your day – whether you want a warm, creamy and richly flavored tea or something a little cool. This hojicha tea latte is THE ONE you want to try making next !

For a richer milk flavor, replace the water with milk and simmer for 6 minutes instead. 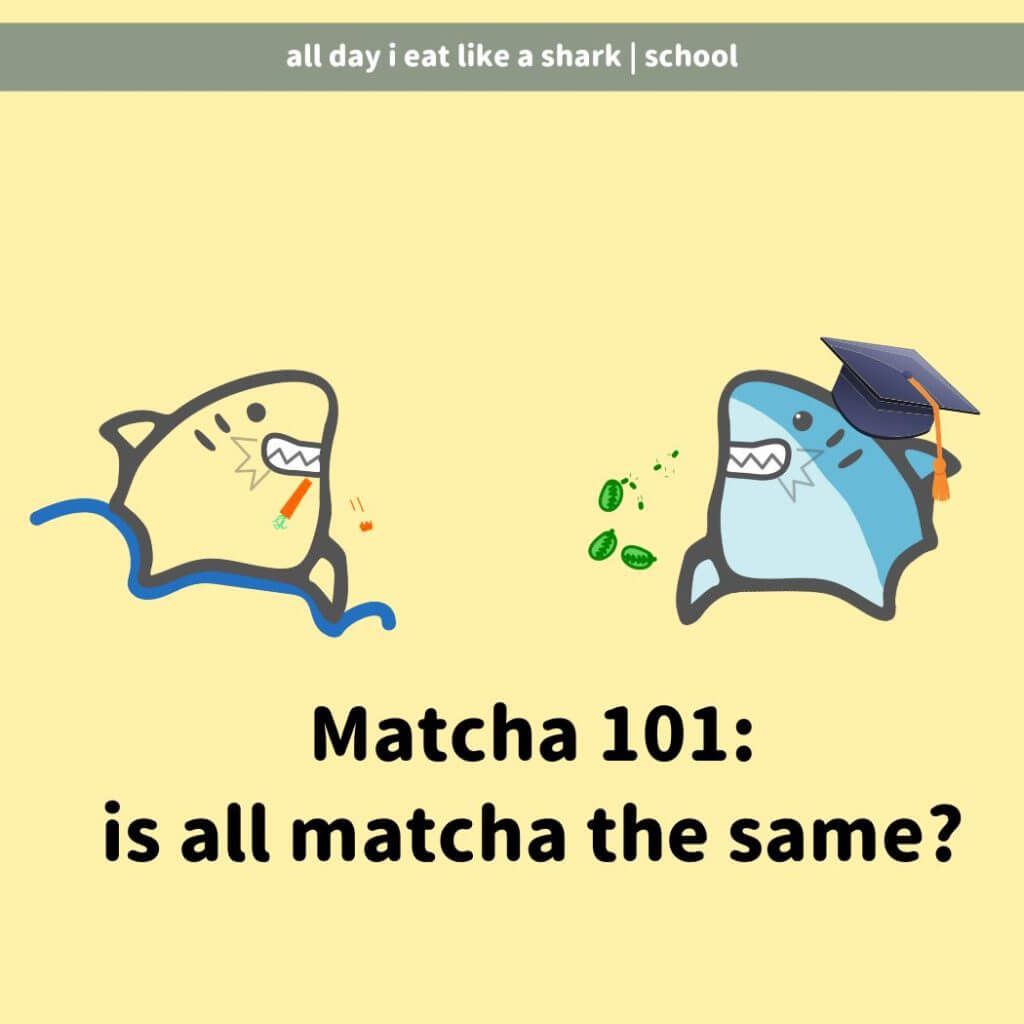