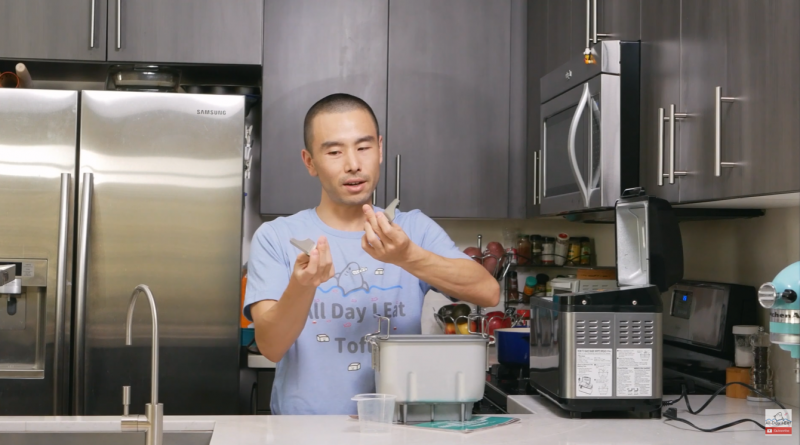 Do you want a delicious bread that you can make at the push of a button? This will do it. And it makes even more than bread. Did you know that? I didn’t. I thought it would just make bread. So if you’re in the market looking for a bread machine, have you considered the Zojirushi? 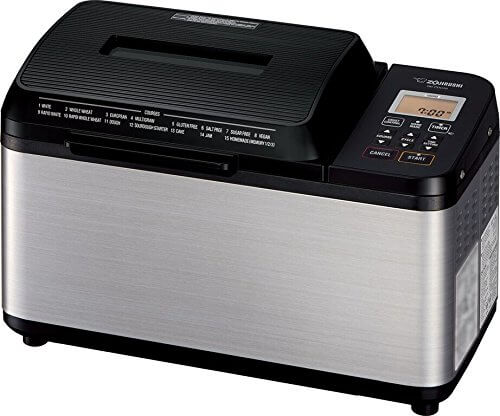 This is the BB-PAC20 bread machine.

This is the virtuoso model. I’ve had this for about four years now. And I got this because I enjoy baking bread, and even better when the machine does it for me.

I used to do this by hand. I bake my bread with my stand mixer. And even before that, with a handheld mixer, which was a ton of work and it takes quite a long time.

If you’ve ever made homemade bread before, you know that it takes at least a half-day sometimes an entire day, or even more if you’re gonna be doing something overnight.

So, this bread machine makes that whole process much simpler.

Instruction manual
The machine itself
A measuring cup, as well as a measuring spoon.
The bread loaf container.
It comes with two paddles. This helps to knead the dough. (And the key tip here is that you have these aligned).

The first time I used this machine, I think I got lucky and my bread came out just fine. But the second time that I used it, they were not aligned.

If one is pointing one way one’s pointed this way, you’re gonna get a lopsided loaf.

What you do is just rotate until you have the blades pointing in the same direction. I just do a 90-degree angle for both of them.

Make sure they’re just about the same. And that way, you won’t end up with any lopsided loaves. 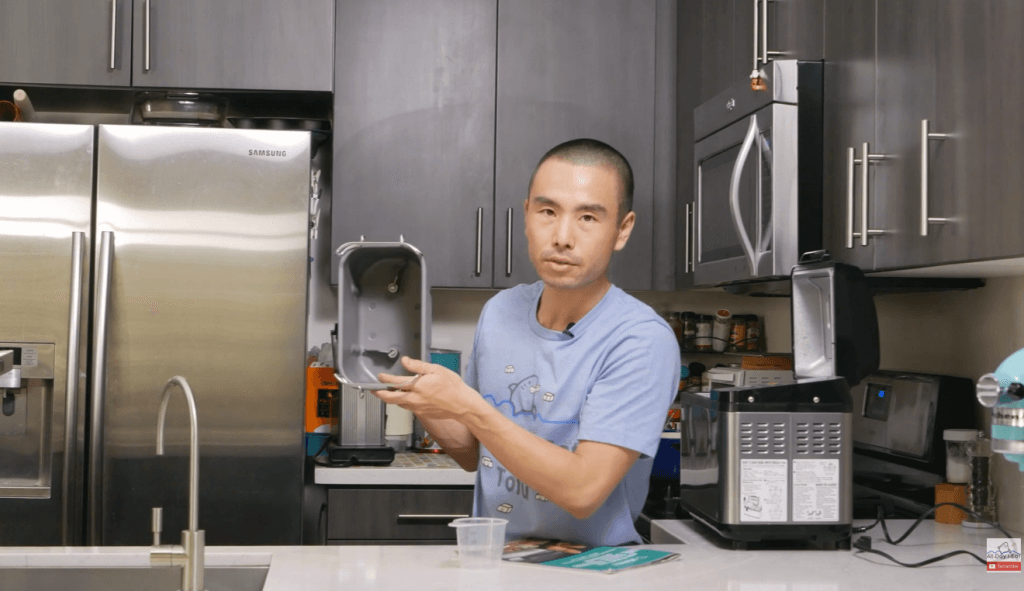 The first thing that I do when brave bread with my machine is you need to follow the directions.

If you’ve never done it before, you always put in the liquids first.

Put in the dry ingredients like the flour, the salt, and then the yeast or sugar or whatever it is, that’s dry.

Set whatever course that you’re gonna use (So there’s quick courses, regular courses, basic, wheat, gluten-free, as well as dough, jam courses so you can make jam like fruit jams, as well as cake or sourdough starters).

I have only stuck with basic wheat, dough, and sourdough starter. I haven’t tried the jam and cake or gluten-free so I can’t speak to those,

But given the results that I’ve had with all the other courses, I’m sure it’s gonna taste just fine.

The machine is very straightforward to use. One of the things that the manual is going to outline for you is the difference between active dry yeast or rapid rise yeast.

So, the measurements are gonna be a little bit different.

It also gives you the weights, as well as the volume for the liquid. I always measure out my dry ingredients.

I found I always have a little bit more success that way. That’s what professional bakers do as well., I’d highly recommend, if you don’t have a scale, to get one. I have a pretty small scale (2 kg), which is sufficient enough for my home baking purposes. 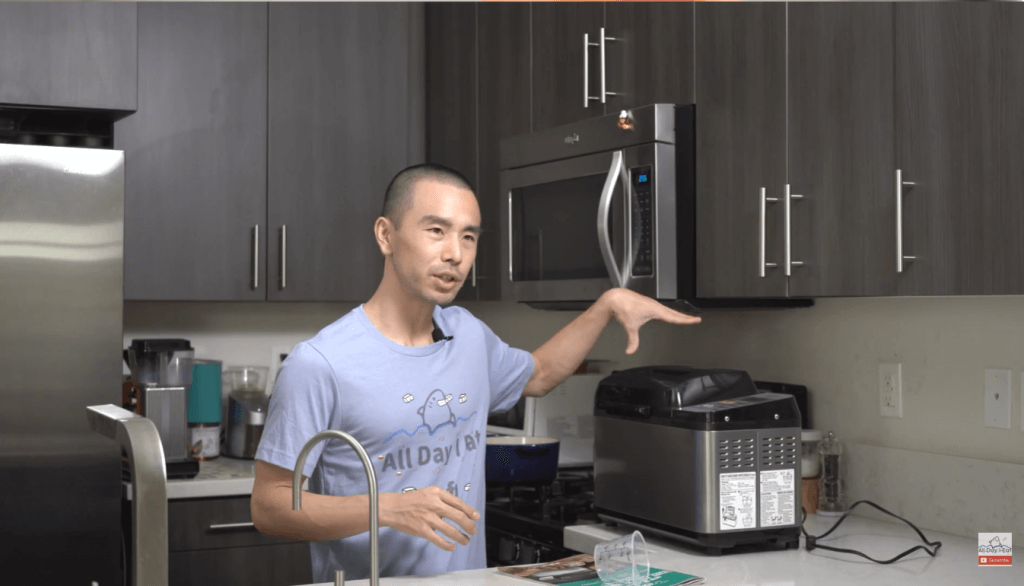 Reasons to buy the Zojirushi BB-PAC20

One of the reasons why I bought this versus the other model is that there’s a little viewing window where you can see what’s going on inside.

There’s a heater on the top part, so it’s going to heat and bake everything evenly versus a heat source that’s just from the bottom.

There’s also a timer function, so you can set this so that the baking finishes in the morning. You’ll be woken up by the smell of fresh bread in your house, which is just amazing.

You can also control the crust. There’s a light, a medium, and a dark. I only stick to the light and the medium. The dark is a little bit too thick for my taste. so if you like a thick and dark crust, maybe that’s gonna be your thing.

The menu is very intuitive to use. There’s only a handful of buttons, and the manual does a great job explaining how you need to move in between the different items. 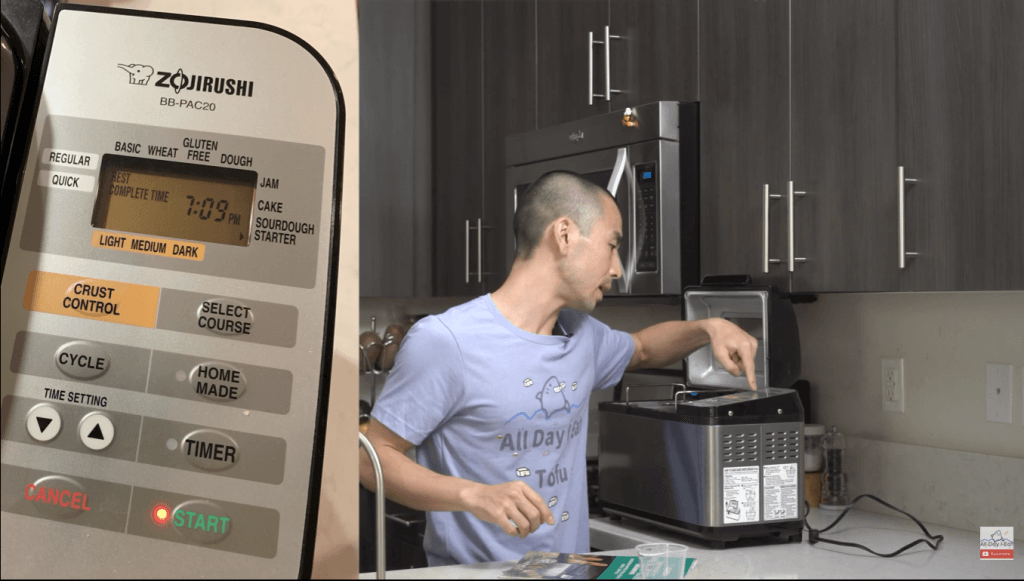 Makes a very large loaf. About two pounds for one loaf, which is sufficient for maybe for four to five people. If you cut up this loaf into sandwich slices, it’s probably enough for eight big sandwiches. If you have a family of four or five, one loaf should last you several days.

If you are just one or two people then you’ll probably have leftovers that you might want to freeze.

It also makes a beeping noise, which might be annoying for some people, but it’s good if you need to mix something in like nuts, or fruits like dried raisins, if you want to make raisin bread or nut bread. It’ll beep when you need to add those things in at the end, or it’ll tell you when your dough is ready. If you’re doing a dough course, it’ll beep when the dough is ready to be baked or if you need to manipulate it further. So, for example like French bread. You can make the dough in the machine and then divide up your dough into long baguette pieces and score it.

One thing about homemade bread is that it doesn’t have any preservatives, if you don’t eat it right away, you need to put it in the freezer or the refrigerator. Probably the freezer is better so it doesn’t get hard because it’s gonna mold. I’ve had my bread mold because I didn’t eat it quickly enough and I did not like that.

The timer function is great, especially if you want to plan ahead. I use it often for making pizza dough. So, I’ll set it, I’ll measure everything out, put the pizza dough ingredients in there, and my dough will be ready a few hours later, which is great.

It does all kinds of other things which is pretty cool, so the word for that is versatile.

This thing does get a little bit noisy when it’s kneading the bread because there’s a heavyweight in the middle. It makes a noise when it’s doing the kneading. If you live in a small space like a studio, for example, or if you have this going early in the morning, when you’re sleeping, you might get woken up.

The paddles will create holes in the bottom of your loaf. If you’re cutting it, and if you aren’t showing the underside of your loaf to anybody, it doesn’t really matter. But I guess some people, for aesthetic reasons, might not want holes on the bottom of their loaves. That could be a con as well.

Overall, I’m pretty happy with this machine, we definitely recommend it. 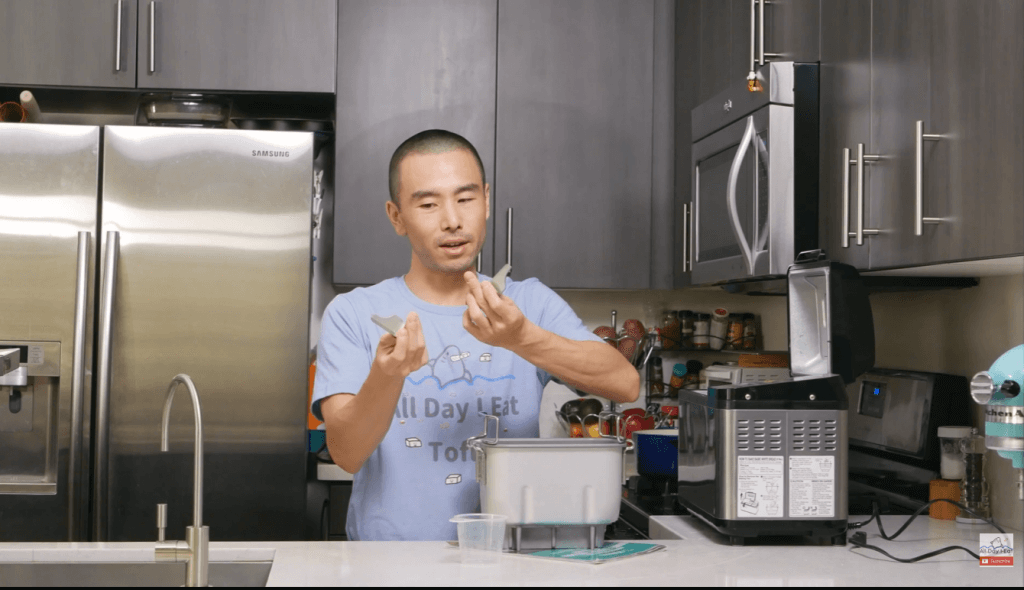 1. Make sure that you weigh out your ingredients. That’ll leave a little bit less room for error versus measuring using cups and spoons and so on.

2. Always weigh your ingredients like the professionals do. Also make sure to follow the directions in the manual.

3. I always start with liquid. You have liquid first, layer on the dry ingredients, and then put the yeast on top, that’s what they recommend.

4. When it starts to bake, it gets very warm. If you’re gonna be opening freshly-baked bread, there might be some steam that’s accumulated inside. If you open it, be very careful

5. Use oven mitts when you’re taking this out because these metal handles are gonna be really hot. After you take it out with your oven mitts, flip it over on a cutting board.

6. Once you flip this over, you’ll notice small screws on the bottom. If the bread doesn’t come out right away, it might be stuck on the paddle. All you have to do is rotate these.

7. Sometimes the paddles will get stuck. And I found that it’s usually because some ingredients like flour or something else has got in between. I usually use a squeegee or a sponge and just clean out the middle, and also spray the insides of these with cooking spray and then put them in. And that way, they’ll just come right out. But if for whatever reason they do get stuck, just soak it in some hot water, and then give it a little bit of a jiggle, and then they should come out eventually.

My favorite part about this machine is the little looking glass, so you can see how your bread is doing. It’s always fun to check on things that you get to eat.

Got any tips or tricks for making homemade bread a success? Let me know in the comments.

Tweet
Pin10
Share
10 Shares
In case you missed them, here are some of my other blog posts!