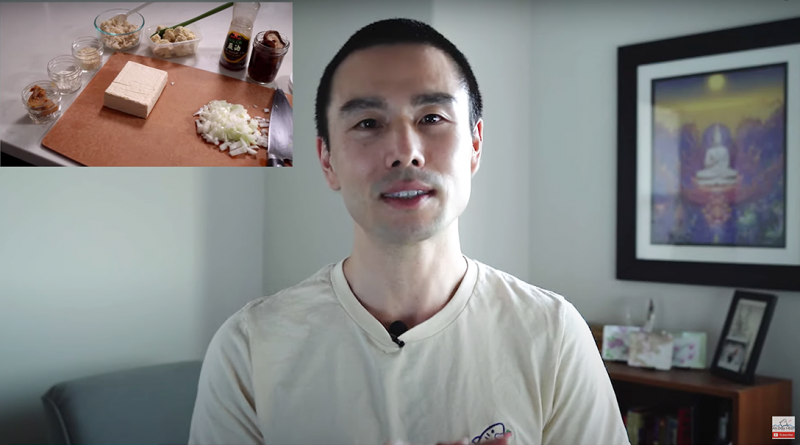 In this blog, we are going to be talking about five different and delicious ways that you can enjoy and repurpose your okara, which is the soybean pulp leftover from making homemade soy milk, and five different Japanese dishes that you’re going to definitely enjoy. Mottainai. Don’t be wasteful. So in Japanese, there’s this phrase called Mottainai. Mottainai means to be wasteful and that’s exactly what we do not want to do.

As you may know, okara is what’s leftover from making soy milk. It’s that mushy soybean pulp that has plenty of nutrition in terms of both fiber, protein, some vitamins, and then some minerals, so it’s got a lot going for it and you can reuse it in many different ways.

The first way that I was going to share with you is one of my favorites and that is hambagu. Hambagu is the Japanese pronunciation of hamburger and you might think just from hearing that it calls for beef or pork or something else. But in this case, we are talking about okara hambagu.

If you’re interested in making it, I’m actually gonna be sharing a video that shows you exactly how you can make okara hambagu with the ingredients that I just told you about. And you might be very, very surprised to find that it’s quite delicious, even more so than regular hambagu, especially if you’re not craving meat.

And let me tell you about one time I was in Japan. When I was in Kyoto, there’s actually this place I think is still there today, it’s called Mumokuteki Cafe, and it’s actually a cafe and they specialize in Vegetarian Japanese food. And I think this is one of the first times that I had okara hambagu, and it was amazing. Amazing. The entire meal was vegetarian, of course, but the okara hambagu was life-changing.

This is probably the closest thing that I have been able to recreate in my own kitchen that was kind of like what I ate in Kyoto at that restaurant. I’d be curious to know what you think. And if you’ve ever had okara hambagu, what did you put in it? Because there’s a lot of different variations and recipes with which you can experiment and repurpose your okara. 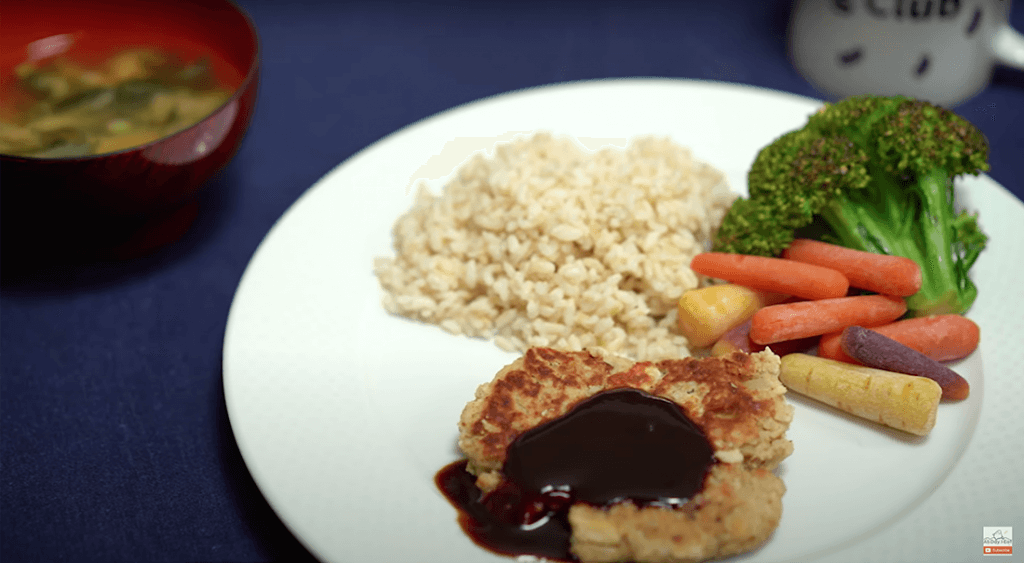 My second favorite dish is unohana, which is actually a type of plant which the dish resembles. This is a flower in Japan and it kind of looks like– I don’t know how you’d say it, how to describe it. But basically, this dish got its name from that flower because it sort of resembles the appearance of the flower. And maybe if you saw them too, you tell me.

That’s one of my favorite dishes because it’s very nutritious. Usually, it calls for a little bit of dashi, a little bit of shoyu or soy sauce, and some vegetables. And it’s very filling and very nutritious, and also very tasty. It’s one of the savory ways that you can enjoy okara. So if you’ve ever tried that dish, you may know what I’m talking about. And if you haven’t yet, maybe this is something you can give a try. 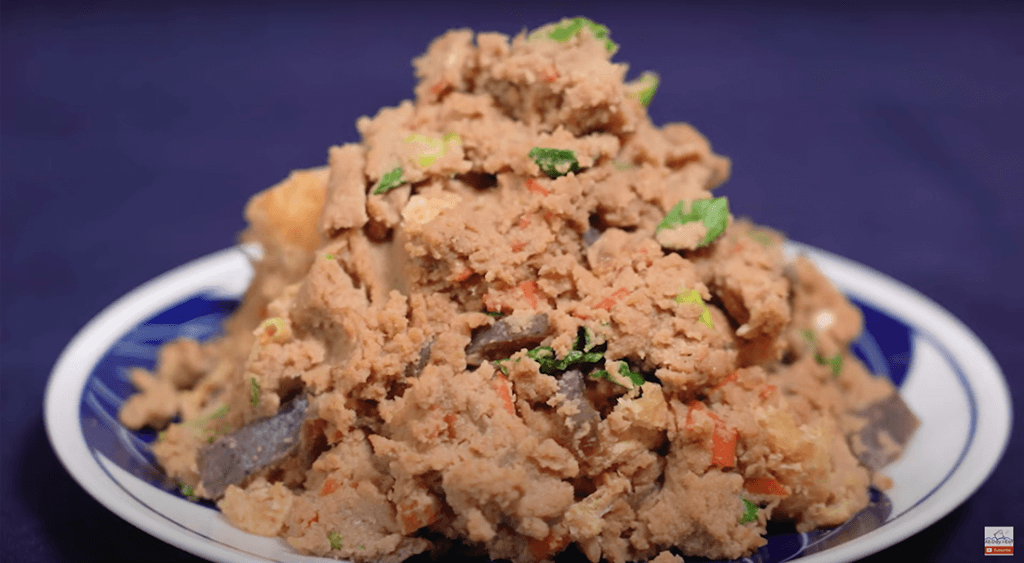 The third dish that I was going to share with you is called korokke or also croquette in English. And you may have had this before. It’s actually a fried thing like a morsel. It’s like a fried patty which has a panko on the outside and usually there’s something like okara, potato, kabocha is another filling, maybe even some minced meat. And it’s very, very savory and it’s kind of a comfort food. It’s not exactly the healthiest thing for you because it’s deep-fried. You can also bake it, but it doesn’t come anywhere near close to the actual deep-fried versions.

So that’s something that you might also want to give a try if you’re into trying things and if you enjoy a good fried dish or two every now and then. It’s not gonna hurt you and then you’ll know what I’m talking about. Korokke daisuki. I love korokke. 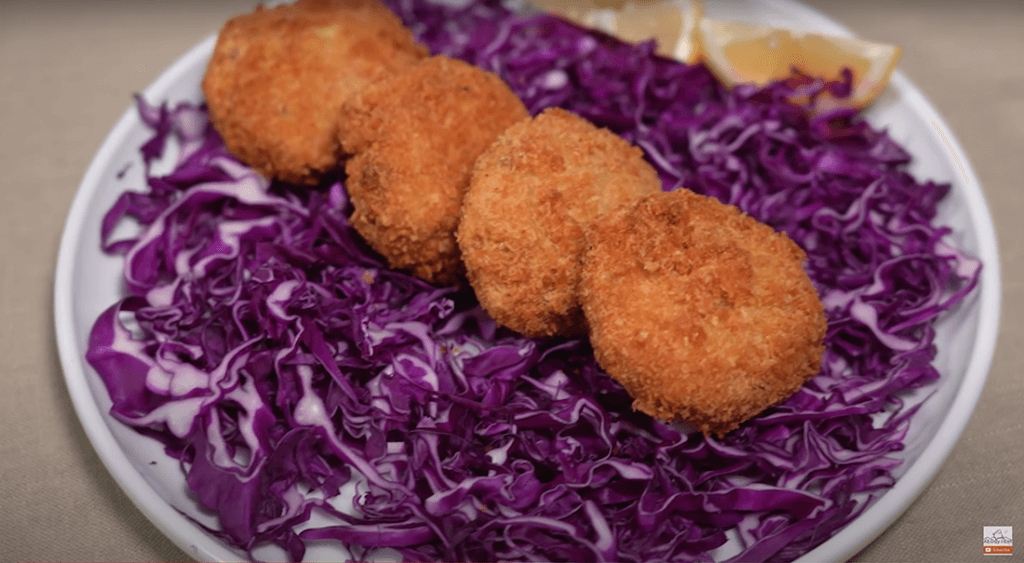 Because okara has already been extracted from a lot of its flavor components to make soy milk, it is very delicate in flavor and tends to take on seasoning pretty easily, which is why it can be used in so many different ways. And potato salad or okara sarada is one way that you can also enjoy reusing your okara. 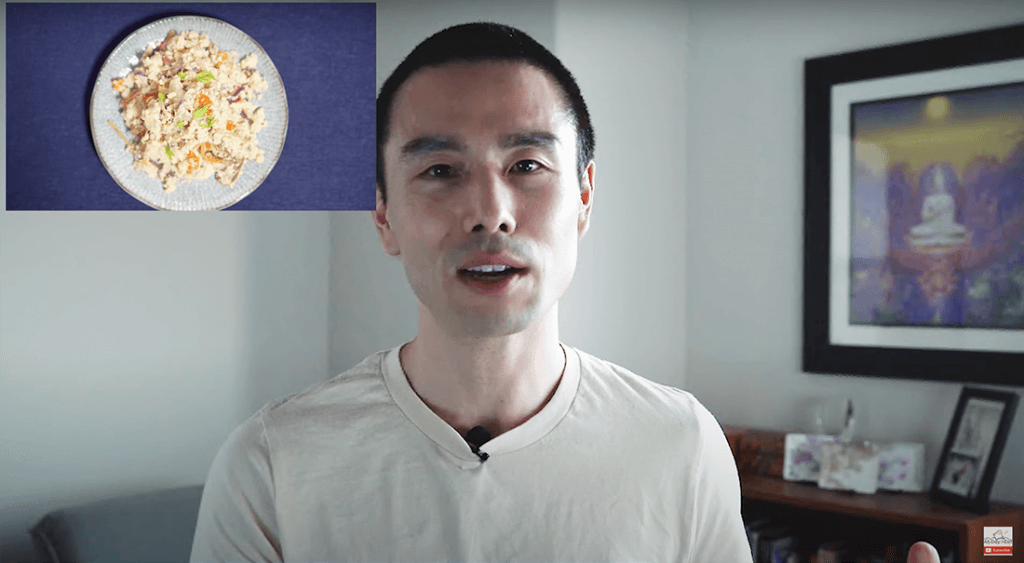 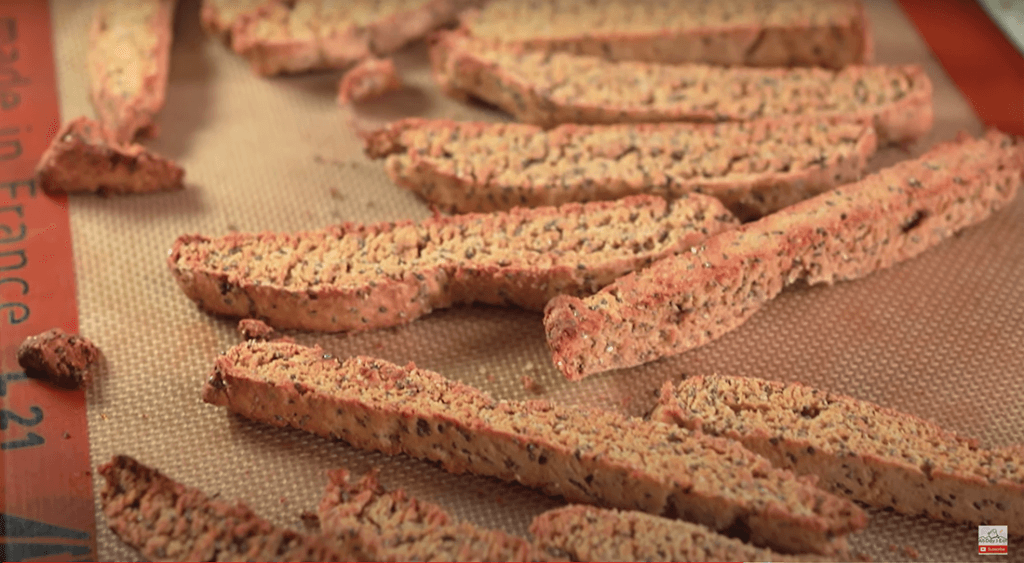 How to preserve your okara?

You might be wondering if you have a bunch of okara, you’re not exactly sure or ready to use it just yet, how can you preserve it so that it doesn’t go bad. Well, there are actually two different ways that you can preserve your okara so that it maintains its freshness.

One is to freeze it. As soon as you’re done making your soy milk, put it into a freezer ziploc bag and freeze it. Try to use within a few weeks so it doesn’t get freezer-burned and it’ll be as good as new.

The second way is to microwave it and dehydrate it completely. So this takes a little bit more work, but the end result is going to be sort of like a panko, which is like a Japanese bread crumb. The texture is going to be very crumbly, very dry, and you can actually use it in a variety of baked goods or rehydrate it for something else.

So those are two ways that you can actually preserve your okara if you’re not ready to use it right away, both of which I have tried and are very effective in maintaining the freshness. So let me know what you guys think about that.

If you have any other ideas or tips, suggestions for preserving your okara, or repurposing it for a Japanese dish or other non-Japanese dishes, I’d be curious to see what you guys have experienced and what you’ve experimented with. Let me know in the comments below and let me know if you’re going to be trying one of these five dishes, which one you’ll be trying first.

Tweet
Pin8
Share
8 Shares
In case you missed them, here are some of my other blog posts!