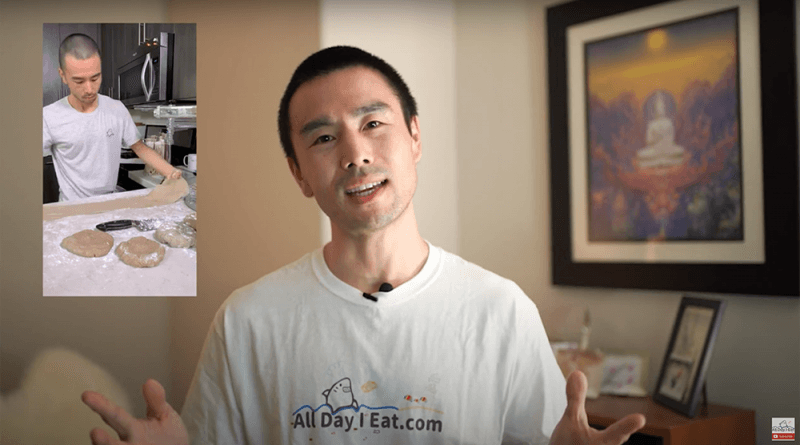 Do you ever feel like not cooking, or worse, getting take-out, or something unhealthy like junk food? I admit that every now and then, I do. Sometimes I give in and resign to the fact and eat something. After the fact, I may regret it. Does that ever happen to you?

Well, if you’re impulsive or, every now and then, give in to a little bit of temptation, what do you do? Today, I’m going to share with you five things that I do to help me stay on track in terms of being healthy as it relates to the food that I eat and some of these, which you may or may not already do. If there’s anything that I missed, feel free to leave a comment below and let us know what you do to stay healthy with regard to cooking and plant-based foods. And if any of these are new to you or they’re a reminder, let me know what you’re gonna be trying first.

If you’re at all like me and you’re a person who loves cooking and especially eating, and especially eating a variety of different foods, you may have run into this dilemma before. And I’d also be curious where you think you get your adventurous nature from. Let me know in the comments.

Because I know, for me, my dad is asking how come I always enjoy eating such exotic foods, and exotic foods being anything that isn’t American, Mexican or Japanese or Chinese, which is primarily what we ate growing up. And it all started when I actually began writing for Yelp when I was in San Francisco. That’s when I got the opportunity to explore the very diverse and very delicious food scene in the Bay Area, which ultimately led me to travel the world and have even more delicious foodie and adventure experiences.

Getting to the five things that I do to stay inspired cooking healthy and delicious Japanese cuisine plant-based, for the most part, number one is going to be cooking food that actually looks and tastes delicious. Well, duh. Tabenai deshou? 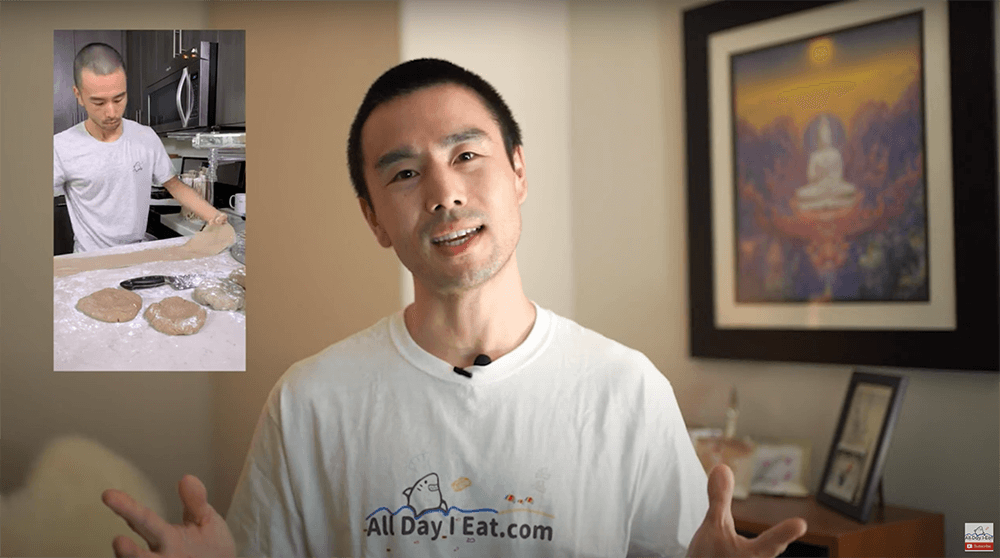 Of course, that makes sense. I mean why would you not cook food that doesn’t look good or doesn’t taste good. I think that everybody needs a little bit of positive reinforcement, whether that’s in the actual food itself that you’re actually enjoying, or maybe positive feedback from friends, family members, or your social media if you have a following. And I think that’s very important because there’s nothing more demotivating or discouraging than when something doesn’t work out the way that you wanted it to or somebody doesn’t like it.

But you gotta take people’s feedback with a grain of salt because everybody cooks differently. Everybody has different tastes. Perhaps they modified the recipe a little bit and didn’t tell you about that or forgot to take that into account when they made their decision. But the point is to make sure that you cook something that you enjoy eating and gives you positive feedback to let you know that you should continue doing what you’re doing. Very important. 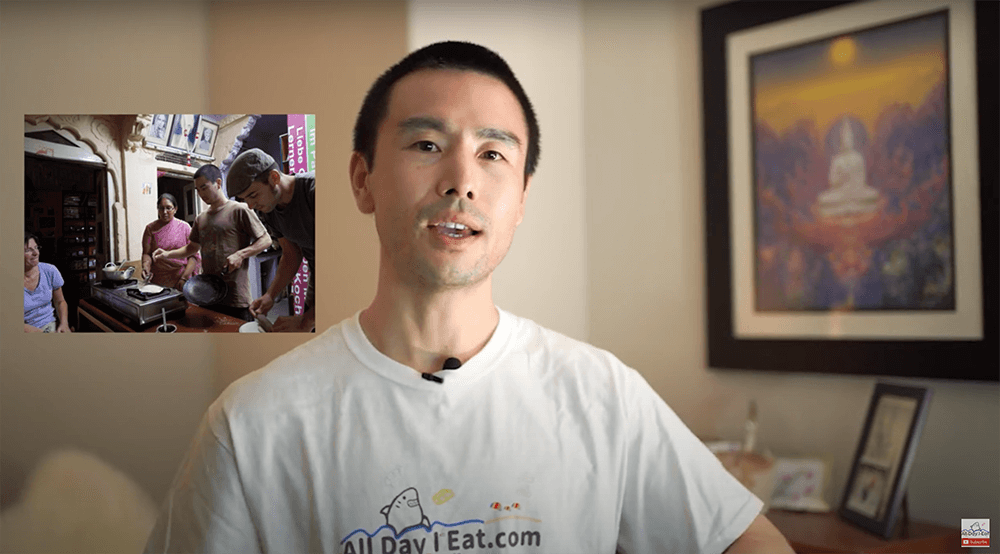 The second thing is going to be to take a cooking class, maybe invest in some sort of a training program, maybe like my Tokuyama Training Series or the Japanese Cooking Club, which you can learn more about in this link, any of my cooking workshops, my Japanese cooking workshops.

In my experience, one of the fastest ways that you can learn is to learn from somebody who has been where it is that you’re trying to go or is already there right now. And they can show you the ropes, the shortcuts, and you can learn from their lessons and their mistakes and get there faster than they got there. So that’s one of the reasons why cooking classes, training programs might be a great choice for you to stay inspired and get a little bit more guidance in your cooking. 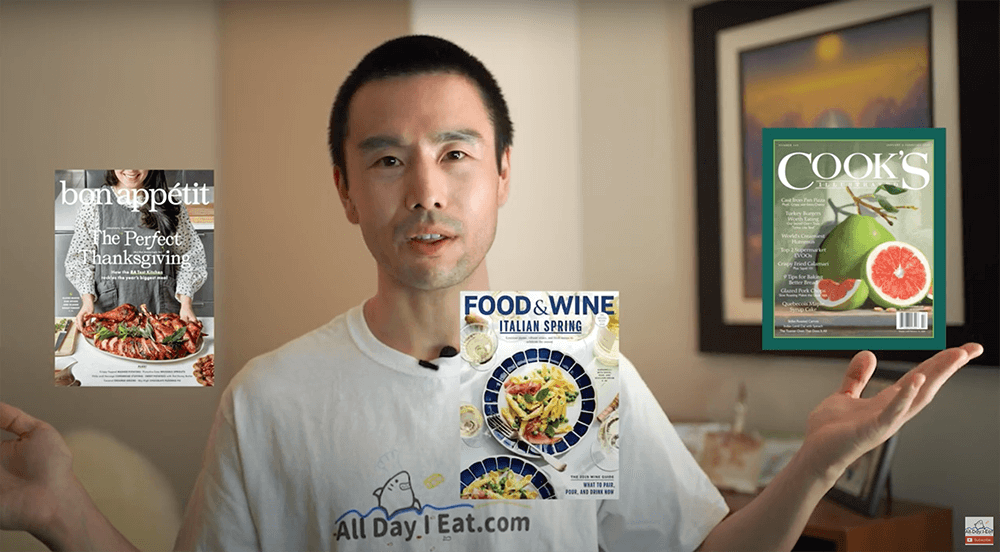 For magazines, some of my favorites have included Cook’s Illustrated, Bon Appetit, as well as Food and Wine, all three of which are very, very foodie-oriented, very nice recipes, very delicious recipes. Often they require a lot of steps and are worth the effort. So if you’re willing to put in a few esoteric ingredients, exotic ingredients that you may only use like one time, which may or may not happen to you depending on how often you cook and what kind of foods you’re cooking, that might be something worth giving a try. 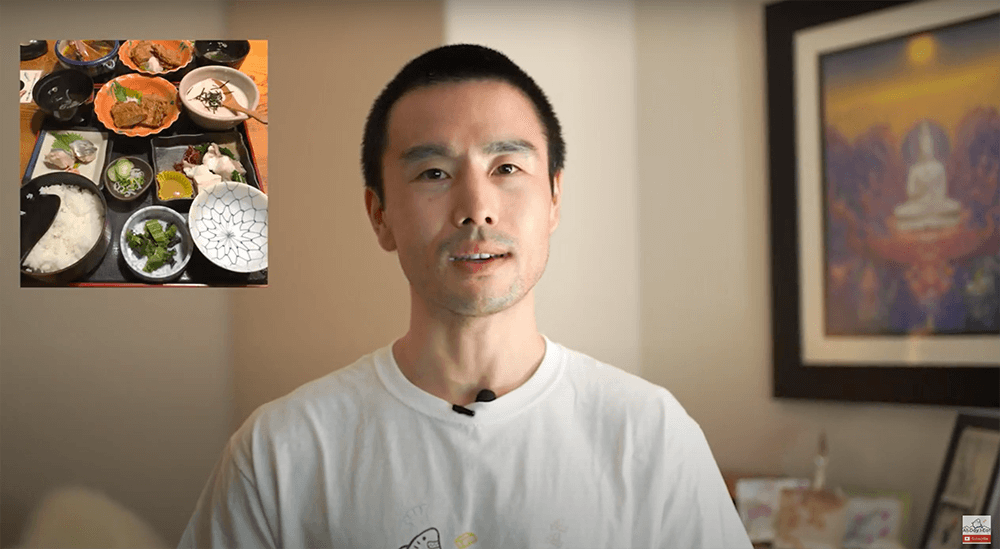 Fourth is going to be to eat out. Eating out at restaurants, especially when you’re traveling, is one excellent way to sort of develop your palate, figure out what it is that you like, what it is that you don’t like, and to also get inspiration in terms of the flavors, the combinations that are being used, the way that things are presented on the plate, the way that things are served together.

Sometimes certain wines go great with a certain food, and that’s another way that you can actually enhance your dining experience, right? If you’re a wine drinker, you’re able to really take your food experience to a different level than somebody who doesn’t drink like myself. I can’t drink, but my brother and my dad can. I just happen to get the genes that say no alcohol. Batsu. Zettai dame. So my philosophy, like I’ve said before, is to try other cuisines because you don’t know until you try it at least two or three times. 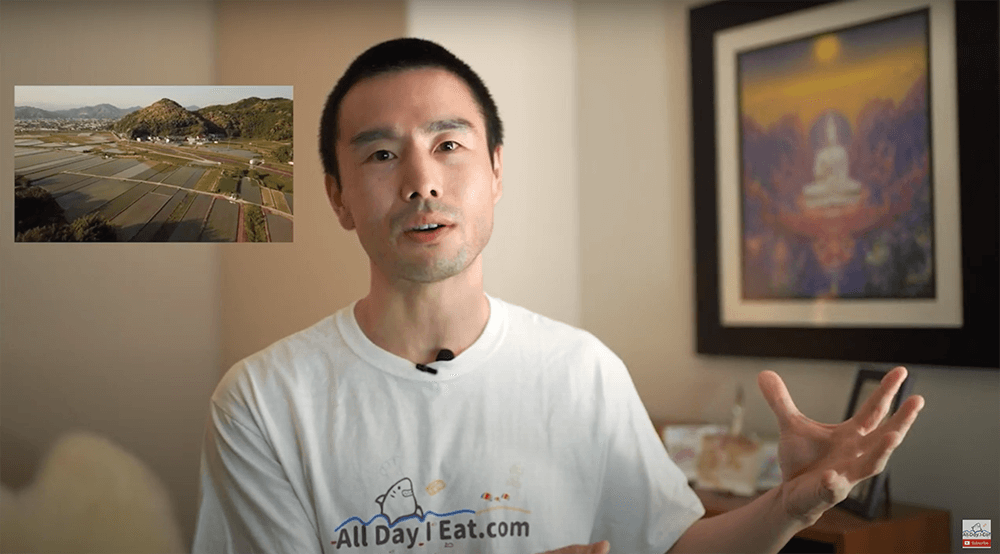 It’s going to give you a different perspective. Maybe it’s going to make you appreciate some of the things that we have at home, for example, how easy it is for us to get certain types of food. Getting it the grocery store, for example, as opposed to going out and getting it in the farm, harvesting it yourself, growing it yourself as is done in certain countries. Things are a little bit different wherever it is that you’re visiting, and that’s one way that you can get a different perspective and appreciation for the food that you eat.

Chances are you’ll notice that the food that you’re eating in those countries that you’re visiting is gonna taste probably a little bit different than what it is that you can get at home. Japanese food at home here in California is definitely going to taste a little bit different than it’s going to taste in Japan. And I think part of the reason is going to be– actually there’s going to be several reasons that I think that it’s different.

One is going to be probably water. Something has to do with the water that we’re using here, the way that it’s treated, the way where it’s coming from, the chemicals that are added to it to clean it out versus the way that it’s done in Japan. Water being one of the main components of food, I think, does make things taste different. So that’s one thing.

The second thing is going to be terroir. If you’ve seen my videos in the past, I usually have trouble pronouncing French words because I didn’t study French in school. I studied Spanish and Japanese. I can speak that fine, I can usually pronounce those words fine, but whenever it comes to French or other languages, my pronunciation goes out the window. So gomen nasai. Moushi wakenai.

Got that from the book, Real Food Fake Food, which is highly recommended, by the way. If you’re interested in learning about fraud that occurs in the food industry, you might want to give that a read. They talked about parmesan cheese, wine, balsamic vinegar. And if you use any of those ingredients, you might want to read about them in that book to learn a little bit more.

And then the last thing, I think, that affects the flavor or the experience of food aside from the water and then also the terroir is the eating environment or the people that are serving, the people that are doing the cooking, of course, because the techniques, the skills, the language, all that stuff is different as well as the eating environment. Like the restaurant that you’re going to be eating in, that’s probably going to have an effect on the flavor of or at least the experience or perception of the food that you’re eating.

So if you’re eating in like a fancy restaurant with white linen tablecloths, for example, it’s going to be very different from eating in like a noisy, dusty, dirty, and loud market. And that’s one of the things that I think makes travel so exciting, is the ability to really step out of your little box, ’cause I think we all live in a little box, a protective box every now and then, or what becomes a box, an imaginary box.

And if you’re able to step out of that, you can actually see the world for what it is that we’re all pretty similar. We all have very similar wants, desires, and wishes and dreams. Yeah, we’re all similar. And if you’re into food and adventure, what better way to experience it than through other cultures and your own personal experience.

So did you share how you got into eating and food? Like I said before, I was curious to know. Let me know in the comments below how that happened if it was by chance. Maybe it was a gradual transition, or maybe you’re always into food. Naturally, we all gotta eat and as much as we like it. Some like it more than others, which is a curious thing.

Do your tastes come and go or are they pretty consistent? I know some people can eat the same thing day in, day out for weeks on end, but for me, I like to change things up every day, once a day, multiple times a day and keep things interesting.

So how do you stay inspired cooking? Let me know in the comments below if I missed anything. Share your tips so we can learn from each other.