looking for a new and tasty way to enjoy those jiggly konnyaku blocks? here’s one of my favorite Japanese recipes that calls for king mushroom and konyakku together! how about that? 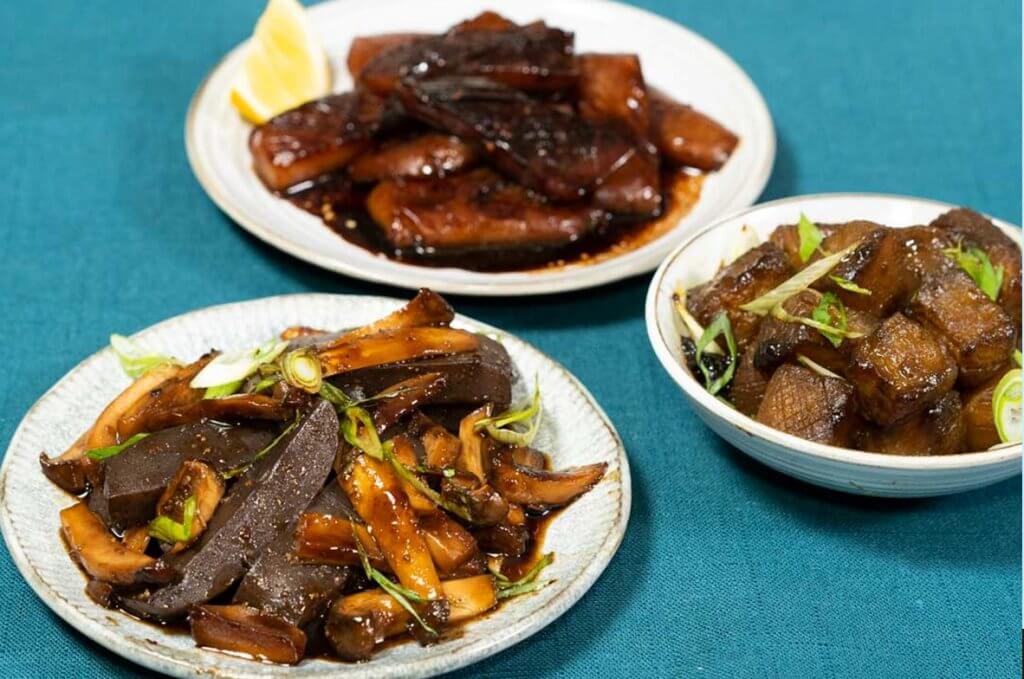 Konnyaku and King mushrooms together

curious what konnyaku and king mushroom (eryngii) have  in common?

both of these tasty ingredients have a few things in common

if youre new to cooking with konnyaku and or king mushrooms, learn how to leverage their uniqueness in these and the other recent Japanese recipes.

When cooking with Japanese and other mushrooms 5 things to avoid… 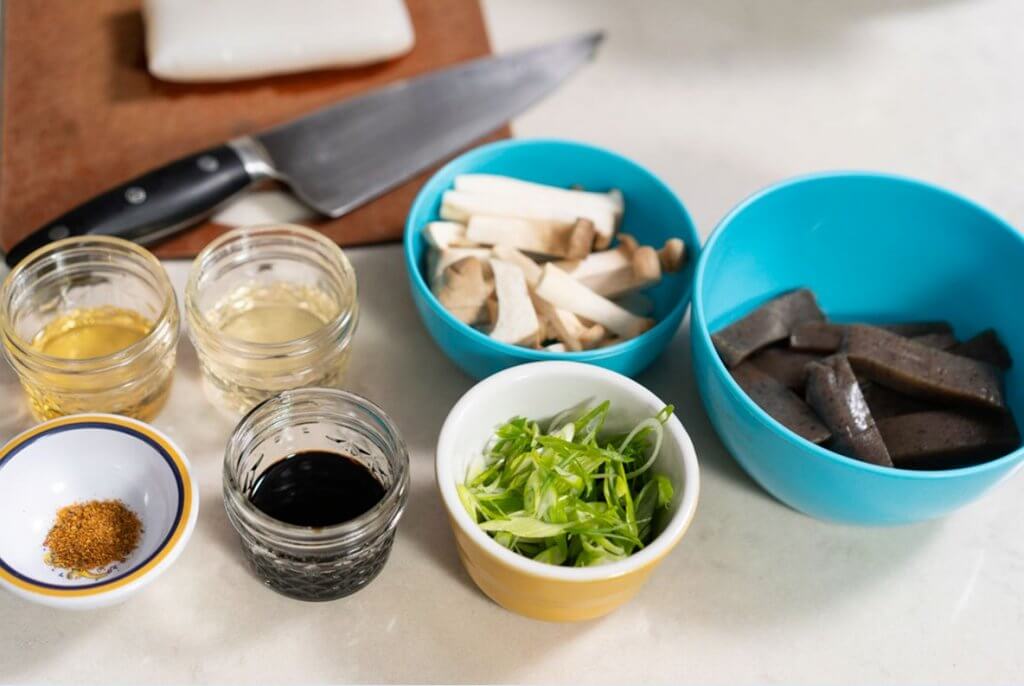 but what konnyaku does have is DIETARY FIBER!

also in case you missed it, make sure to check out my tips on cooking with, preparing and seasoning konnyaku in the other recipe 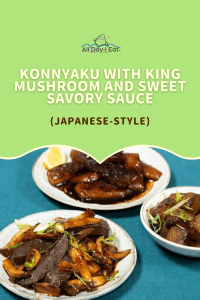 so now you have 3 recipes to cook konnyaku so it’s unforgettably delicious, REALLY

and now you know cooking a good konyakku (japanese style) is all about the seasoning and a few key methods of preparation.

if you haven’t yet tried any konnyaku recipes with japanese flavors, let this be one of your first so we can set the bar nice and high in terms of flavor and deliciousness!

now that you have 3 tasty japanese konnyaku recipes…

which will you be trying first?