Today, what we’re gonna be doing is we’re using Komekoji for something called Amakoji. 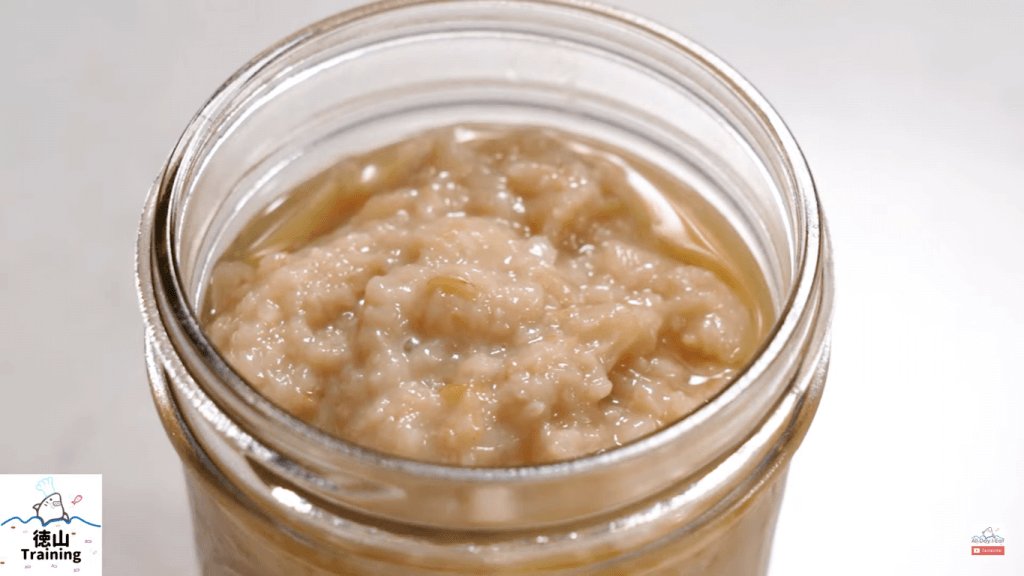 What we’re gonna be doing is making a sweet version of Koji.

Have you ever used Koji in your cooking or in your food? Let me know in the comments below!

Amazake is literally sweet sake, and it’s a drink that you might have enjoyed if you have ever visited Japan, or if you have a well-stocked Japanese grocery store.

It tastes kind of like a sweet fermented beverage. And it actually doesn’t have any alcohol in it, even though it’s called amazake (sweet sake).

Komekoji is rice that has been inoculated with kōji (aspergillus oryzae)

Amakoji is literally “sweet” koji. “Amai” is sweet in Japanese, and “Koji” or, aspergillus oryzae, is that magical mold that we can use for so many different things including soy sauce, natto, miso and various other fermented products.

Tips for a perfect genmai amakoji

The important part is to keep everything in a 1:1:1 ratio. 1 komekouji: 1 part water: 1 part cooked rice.

All of which will imbue a different flavor profile in the final product, Amakouji.

Make sure that the temperature is at about 55 degrees Celsius (131F), which is key for fermentation. Because if it’s too cold, it’s actually not going to ferment, and it’s gonna be a little bit more acidic and not flavorful in a good way.

And if it’s too hot, it’s actually gonna kill the koji and it’s not gonna be sweet. It needs to be right at that 55 degrees Celsius or 131 degrees Fahrenheit.

That’s one of the reasons why I decided to invest in this Yogurtiaa. This is a Japanese yogurt maker. It’s very small. 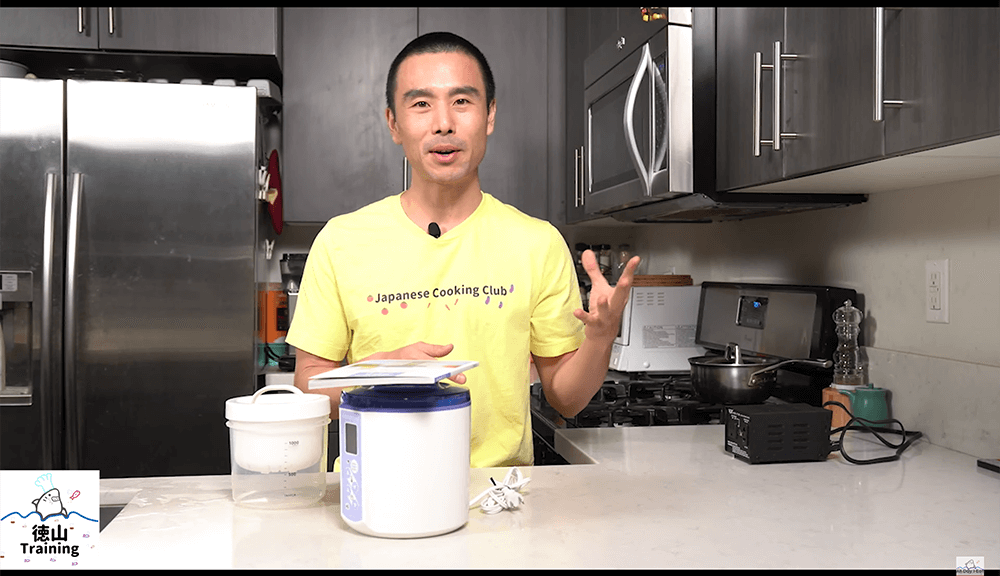 It’s perfect for a small kitchen like mine. And you can do all kinds of different things with it.

I’ve made natto. I’ve made sourdough starter. You can do amakouji like we’re doing today.

You could also do amazake with it, and all kinds of other things that you can normally do with a yogurt maker. Including making yogurt, of course!

The thermometer is key. You need the yogurt maker to regulate the temperature.

You can also do this with the rice maker that you have with the lid open.

While it’s fermenting, we’re gonna do it for about 12 to 14-ish hours.

You want to make sure to rotate it maybe two or three times during that time. I’m gonna be doing it overnight. I’m just gonna do it maybe one more time before I go to sleep and then tomorrow morning, while it finishes.

And that’s just to ensure that all the different parts of the mixture have fermented evenly because you don’t want any unfermented parts. It’s not gonna taste good. And after that, it will be ready to use.

And don’t worry if it looks like it’s not wet enough. It’s actually gonna break down and become a little bit more liquidy once the komekoji gets to work on the brown rice.

And one of the things that I would recommend if this is your first time making it is to let the mixture ferment longer than you think it should.

Because if you don’t, you might end up with an under-fermented mixture, which would be no good. It actually happened to me the first time I made it. Always go longer because it’s only gonna get sweeter. But obviously not too long!

And if anything falls on your counter, unless you sterilized your counter, don’t put it back in because you don’t want the koji to be competing with other micro microorganisms. You’ll want to keep things as sterile as possible.

Also make sure that you have an even surface on the top so you get an even fermentation. Make sure that there are no gaps. 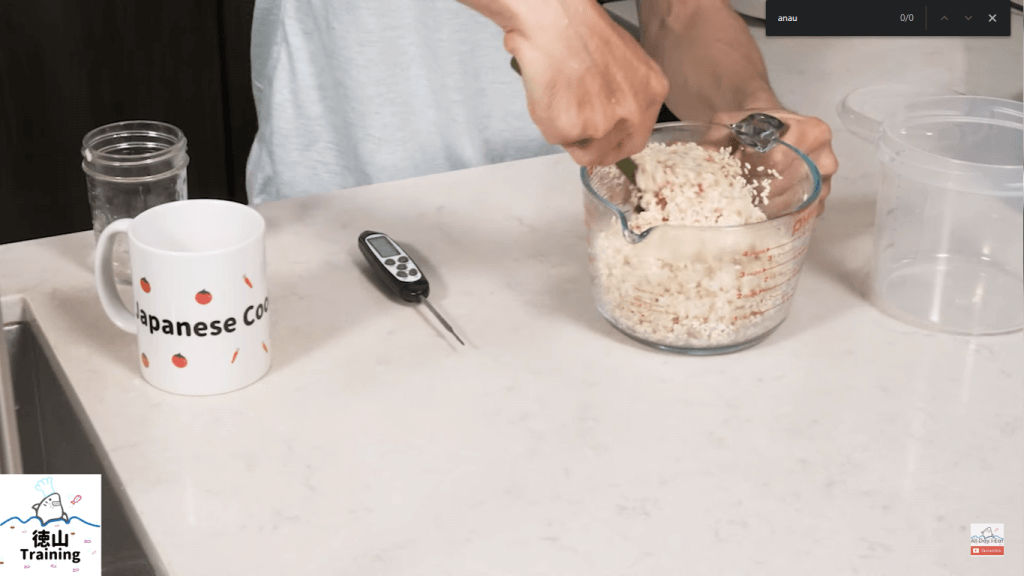 Amazake is one of the most common ways, and one of the easiest ways to use it.

You just dilute the Amakouji with the water in a 1:1 ratio, and I’ll give you amazake. You can also use this to sweeten beverages.

I like to use it to sweeten my fruit smoothies. You could also use it in yogurt or anything else that you would like to be sweetened.

The magical thing about this is that we’re not using any sugar. The Komekouji is going to break down the naturally-occurring carbohydrates into sugars from the rice. 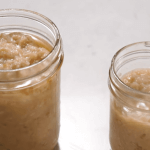