This creamy mentaiko pasta will work like magic if you’re the kind of person who enjoys both mentaiko and spaghetti, together! What makes this version special is not only the fresh spaghetti, but also the creamy flavor without the use of cream! How can this be?! Read on to learn more… 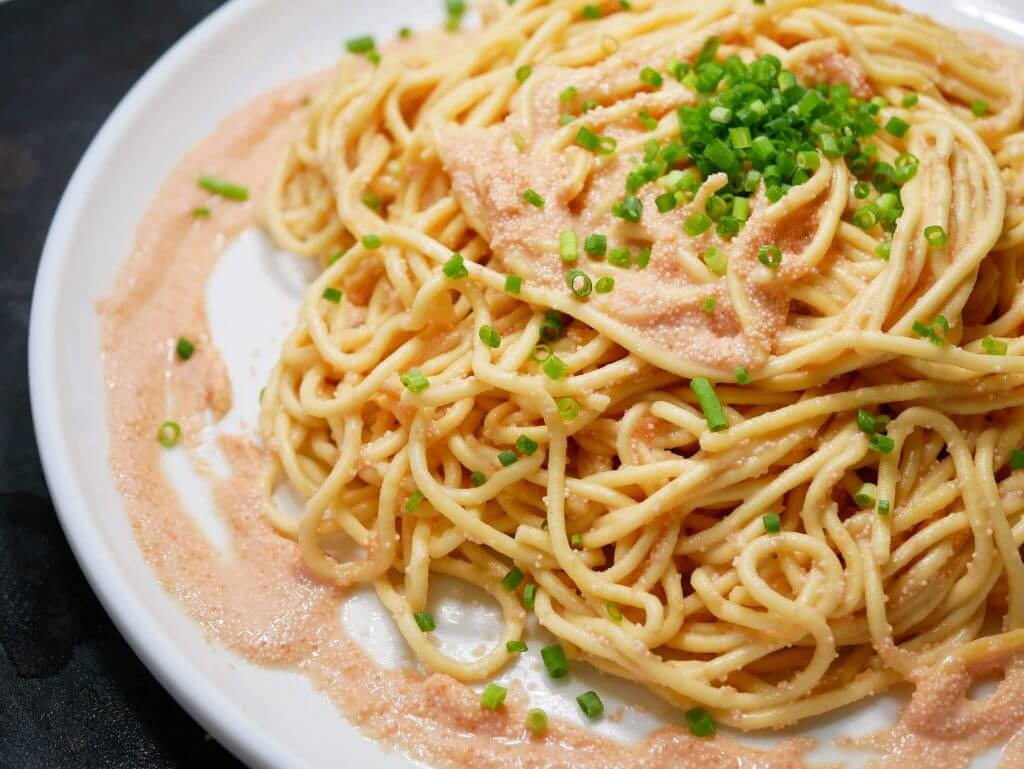 This is a sponsored post. Kewpie USA was kind enough to send me a box of mayonnaise and some salad dressings and this was one of the dishes that I’ve prepared with their products. If you haven’t heard of Kewpie before, it’s well known for it’s mayonnaise, which is richer and creamier than it’s American counterparts. They also make great salad dressings, one of my favorites being the sesame one.  Give them a try if you want to add some Japanese flavor to your food!

It’s often made with cream and butter.

So those two things with the mentaiko, makes for a  really rich and decadent dish.

But, I think I get enough cream in my diet from all the ice cream I make.

I don’t know about you, but this led me to begin experimenting with some creamless versions of this dish.

Do you think it’s possible to have a creamy mentaiko pasta recipe without cream?

Well… in my search for something creamy and on the lighter side, I found a very good alternative to cream!

Can you guess what they are?? 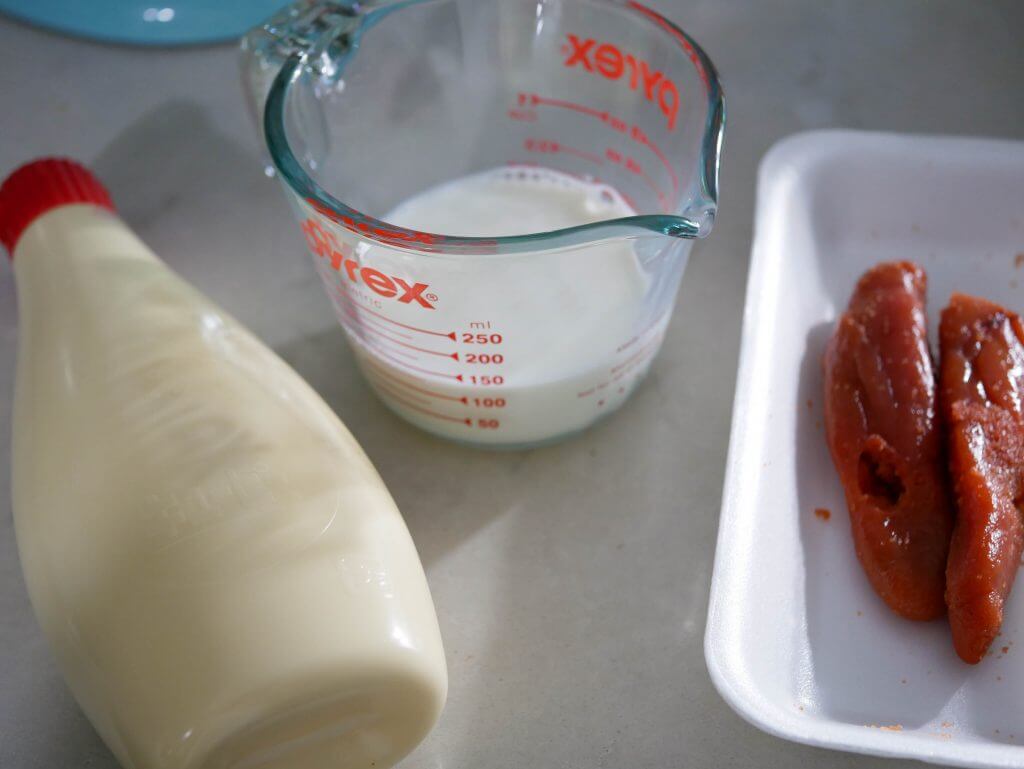 Your alternatives to a cream based mentaiko sauce are…

Whole milk and butter keep the sauce rich, but not overly heavy like a cream based sauce.

So far so good? Well, to enhance the flavor even more…

Some of the other secret ingredients include:

Of course, the mentaiko eggs keep everything nice and savory while a light soy sauce adds depth.

Mentaiko goes well with rice and baked goods too. Not just pasta.

The little eggs pack a ton of flavor, like most fish eggs, I suppose. Similar to bottarga, if you’ve had that while visiting Italy.

And look at those gorgeous pink eggs!!! oh mann!! 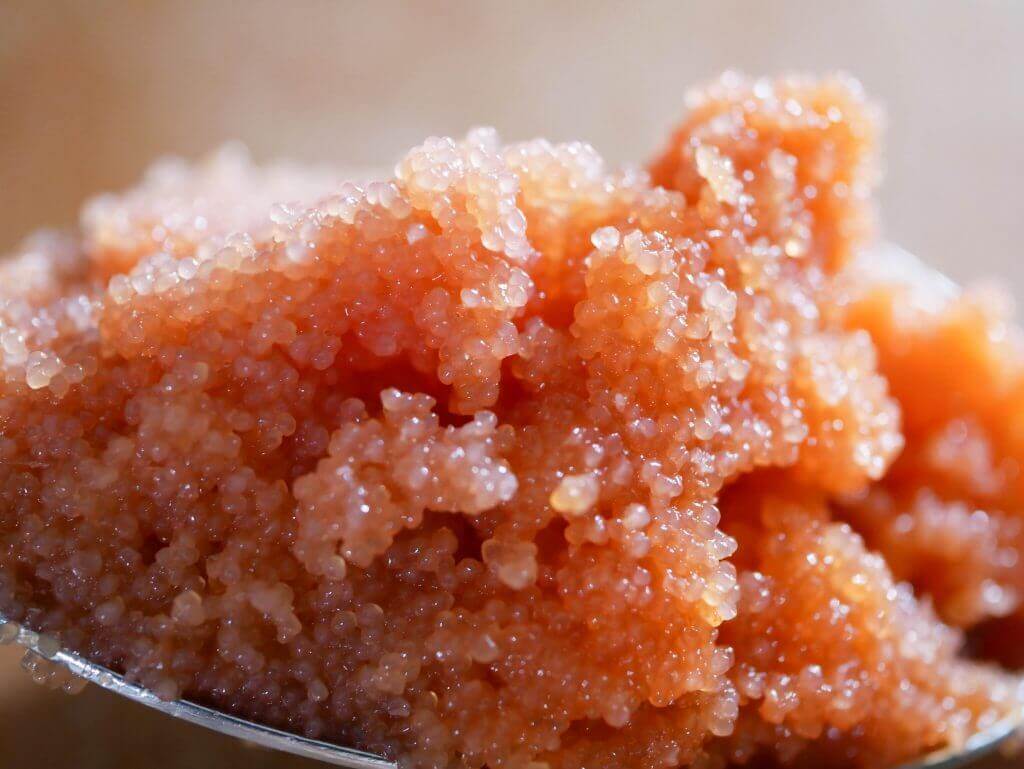 Ok! Let’s take all this a step further.

You can make the mentaiko pasta with fresh spaghetti!

I’ve been making a good amount of fresh pasta recently and thought I’d try it with mentaiko.

It did not disappoint!

Fresh spaghetti paired with the sauce was a magic.✨

The soft and slightly chewy texture of fresh pasta cast a new light on my mentaiko pasta eating experience.

Things will never be the same.

I used my Kitchenaid pasta extruder with David Lebovitz’s pasta recipe for this time. (He makes good ice cream by the way:) )

The noodles came out very light and slightly chewy.

The only things that I think could be improved for the pasta are the density and chewyness of the spaghetti.

I’ve yet to find a fresh pasta recipe where the noodles come out really really chewy.

I had really chewy, dense noodles in Italy and haven’t been able to replicate that texture yet at home.

I’m thinking I need to increase the semolina ratio, which I’ve experimented with but still haven’t found a reliable recipe.

If you have one, let me know! 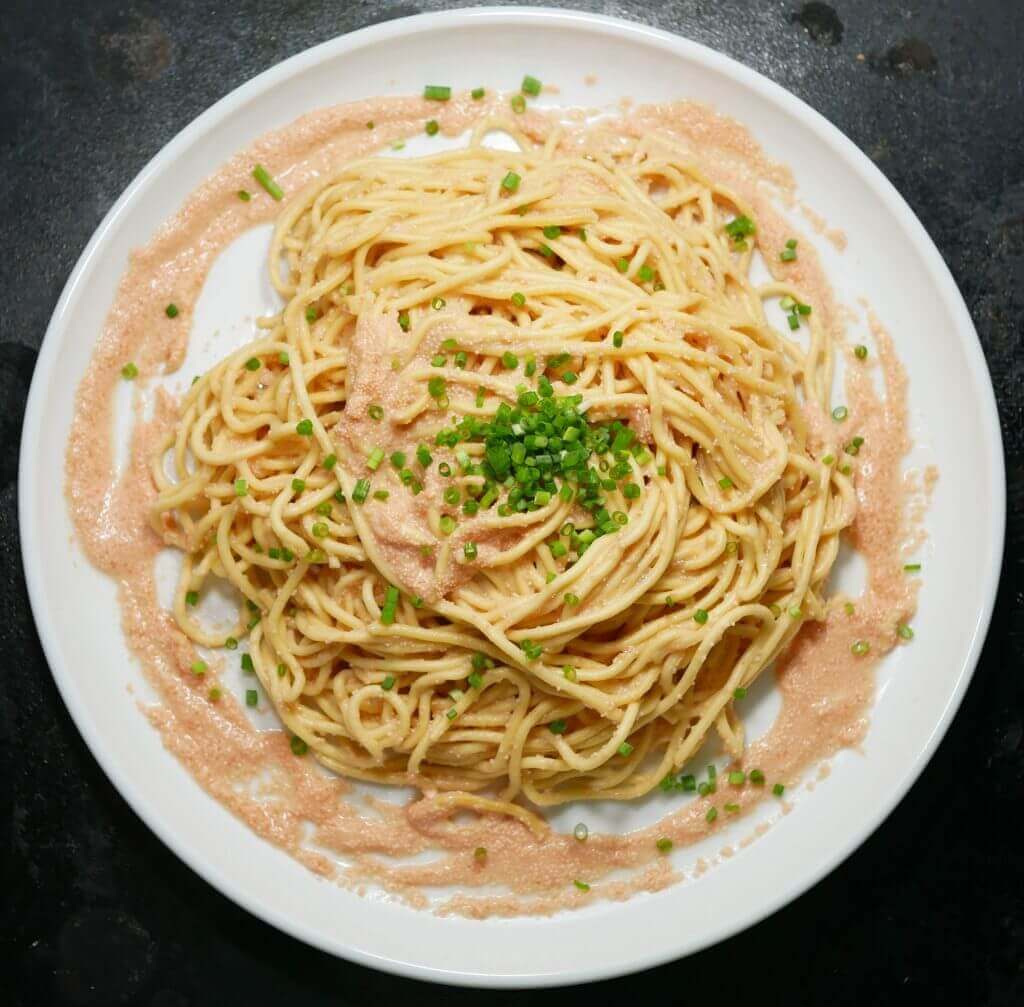 Some tips on making mentaiko pasta with spaghetti- 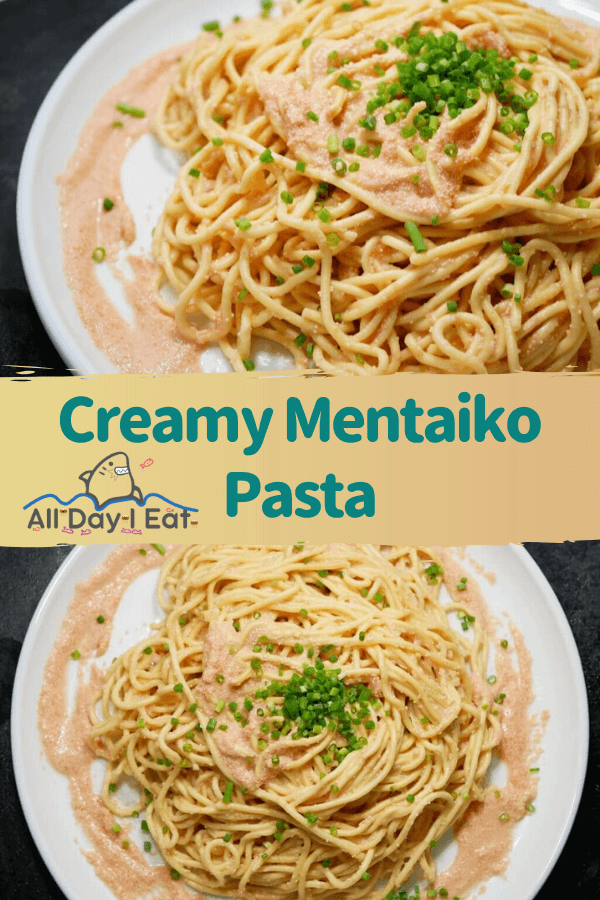 Whether you’ve had mentaiko pasta before or not, this is one simple recipe you can enjoy in no time.

Let me know what you think or if you have any tips or questions!

PS- Stay away from the mentaiko pasta packets! Making mentaiko spaghetti with pasta packets may be slightly easier than from scratch, but the flavor will not be as good! Plus it usually has color, MSG and other preservatives added to it 🙁

Yum
This creamy mentaiko pasta will work like magic if you're the kind of person who enjoys both mentaiko and spaghetti, together! What makes this version special is not only the fresh spaghetti, but also the creamy flavor without the use of cream! How can this be?! Read on to learn more... 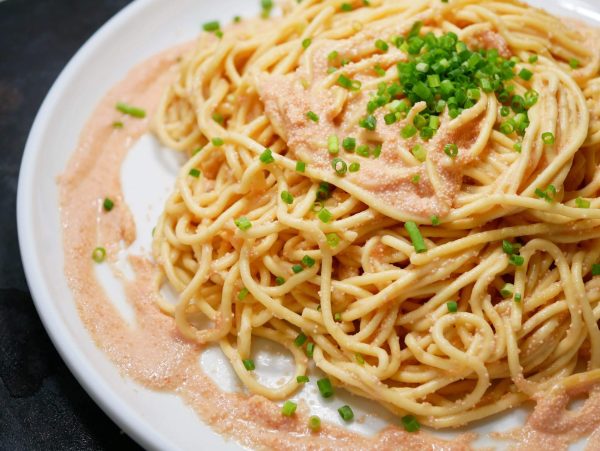 In case you missed them, here are some of my other Japanese recipes!