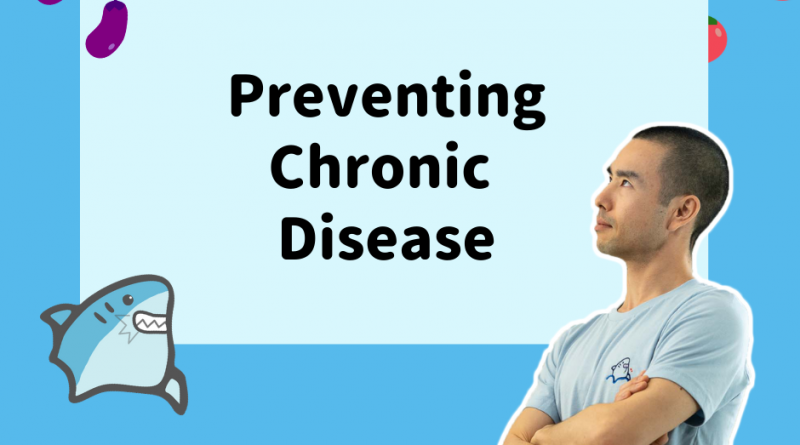 I don’t know if you guys have ever heard that term before. Insidious means that it happens over a very long period of time.

You don’t necessarily feel it as if you had an acute injury like if you cut yourself with a knife, that’s not really insidious. That’s more of an acute situation

Insidious means it happens over a very long period of time. So chances are, you’re going to feel fine until one day, maybe you have a lab test or you’re diagnosed, and your doctor tells you that you’re not fine. 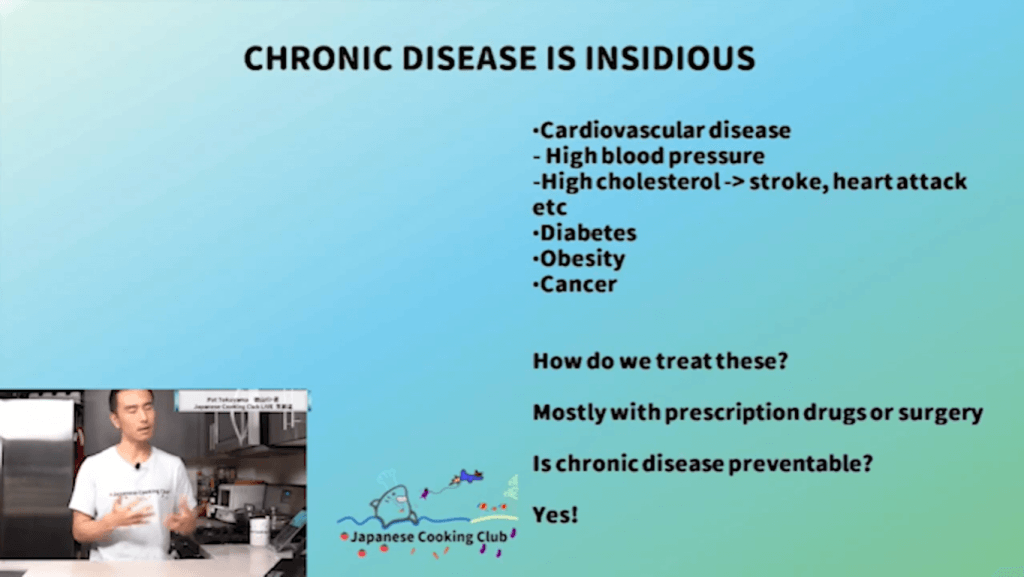 How do we treat these chronic diseases?

There’s really only a few ways. One is either going to be surgery. There’s going to be prescription medications.

And is chronic disease preventable? Yes. We already answered that question. That’s one of the reasons why in all of those treatment guidelines, as I mentioned, we have primary prevention lifestyle: food and exercise are two of the ways that you can actually prevent these chronic diseases from happening in the first place.

Now we’re going to be talking about what exactly plant-based food is.

We’ll be getting into what specifically plant-based Japanese food is. And in the next few slides, we’re going to be talking about how plant-based foods can actually keep you healthy using evidence-based research.

There’s been a lot of research done and is going to be done, to support this type of lifestyle. 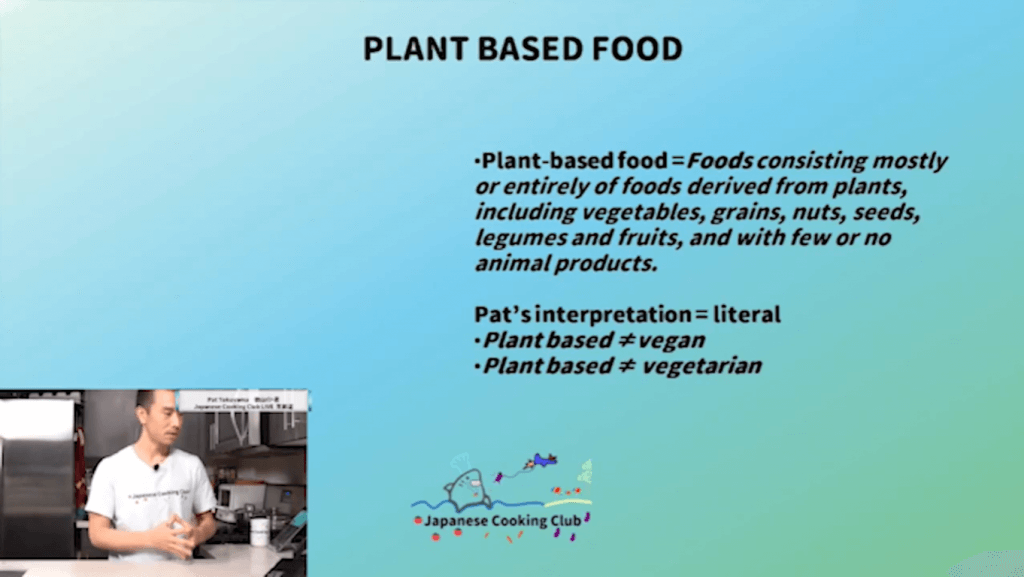 Basically, if you’ve never heard of this before, plant-based food is food consisting, mostly or entirely, of foods derived from plants, including vegetables, grains, nuts, seeds, legumes, and fruits, and with few or no animal products.

My interpretation of that, if you don’t want to take the literal interpretation, the way that I understand it, plant-based foods is exactly like that. Plant-based is not vegan. I see a lot of people getting confused with that, thinking plant-based equals vegan. They’re not the same.

One of the reasons is that plant-based has an emphasis on incorporating more vegetables and plant foods into your diet. And vegan is more of exclusion of animal products. It’s a very subtle nuance for some people. And that’s one of the reasons why I think people get confused. Also, plant-based is not vegetarian. So if you’re going to be minimizing or eliminating animal products, that would include dairy. 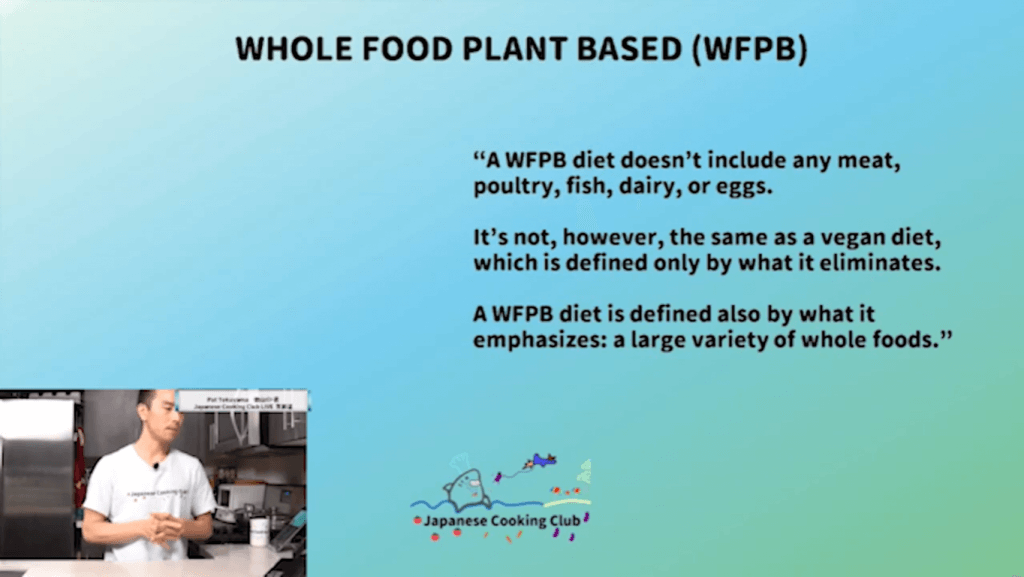 This takes plant-based, that previous definition that we were just talking about, a little bit further. So a whole food plant-based diet is one that doesn’t include meat, poultry, fish, dairy eggs. So it’s not really about excluding those products, but it’s about minimizing them and also, incorporating as many vegetables as you can.

And whole foods are things that are whole.

Things that are minimally-processed. Anything like white rice, which is polished rice, that’s been removed from a lot of its nutrients, would be considered processed food. Same with a lot of condiments that you’d find at the grocery store. Ketchup, For example, that’s processed food. Olive oil is a processed food,

Yes, there are going to be a few things that you cannot really make from scratch. For example, in Japanese cuisine, we use a lot of soy sauce, but that’s naturally processed food. It’s fermented. So it’s different from something that’s not necessarily as healthy. For example, things that have a lot of high fructose corn syrup, like a candy bar or ice cream.

And that’s actually going to be the topic of my cookbook, which is going to be coming out in a few weeks as well. It’s going to be mostly whole food plant-based Japanese food. So hopefully you guys are excited about that. And hopefully, you found this little bit of information useful because there’s a lot of confusion, at least from what I’ve seen in different Facebook groups and elsewhere talking to other people.

Tweet
Pin
Share13
13 Shares
In case you missed them, here are some of my other blog posts!