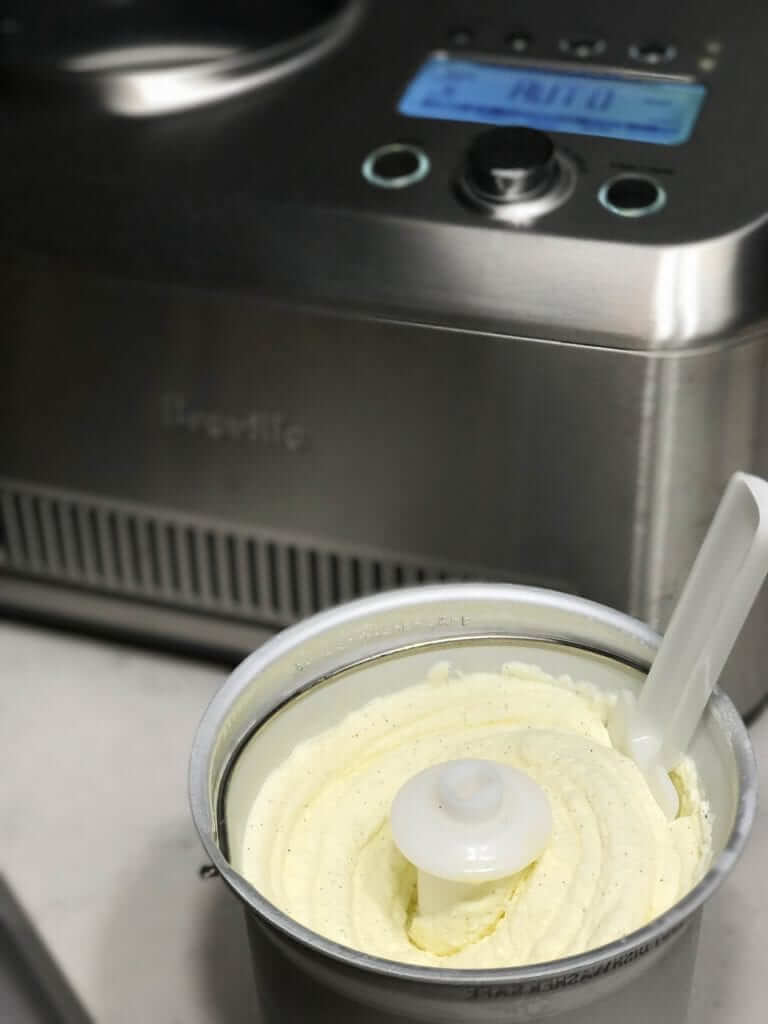 Guess what I’m going to be doing this weekend?!

I just got a gallon of milk and quart of cream, so I should be able to churn out a few quarts yea? Yaaa!!

This is one batch that I’ll be remaking.

Vanilla bean is one of my favorite flavors.

And I’m always looking for novel ways of preparing it.

This recipe calls for 2 teaspoons of vanilla extract plus a vanilla bean. Can you add any more vanilla than that?!

On top of the vanilla, you add bourbon, just before the churn is finished.

If you’ve never added bourbon to your ice cream, this little splash adds a nice bourbon kick in the pants.

That is. If your tongue had pants. They would be gently kicked. By the bourbon. ????

I really liked the kick. It was really quite gentle really.

I can’t drink alcohol, but I can eat it.

How about you? Do you like alcohol in your ice cream/food? 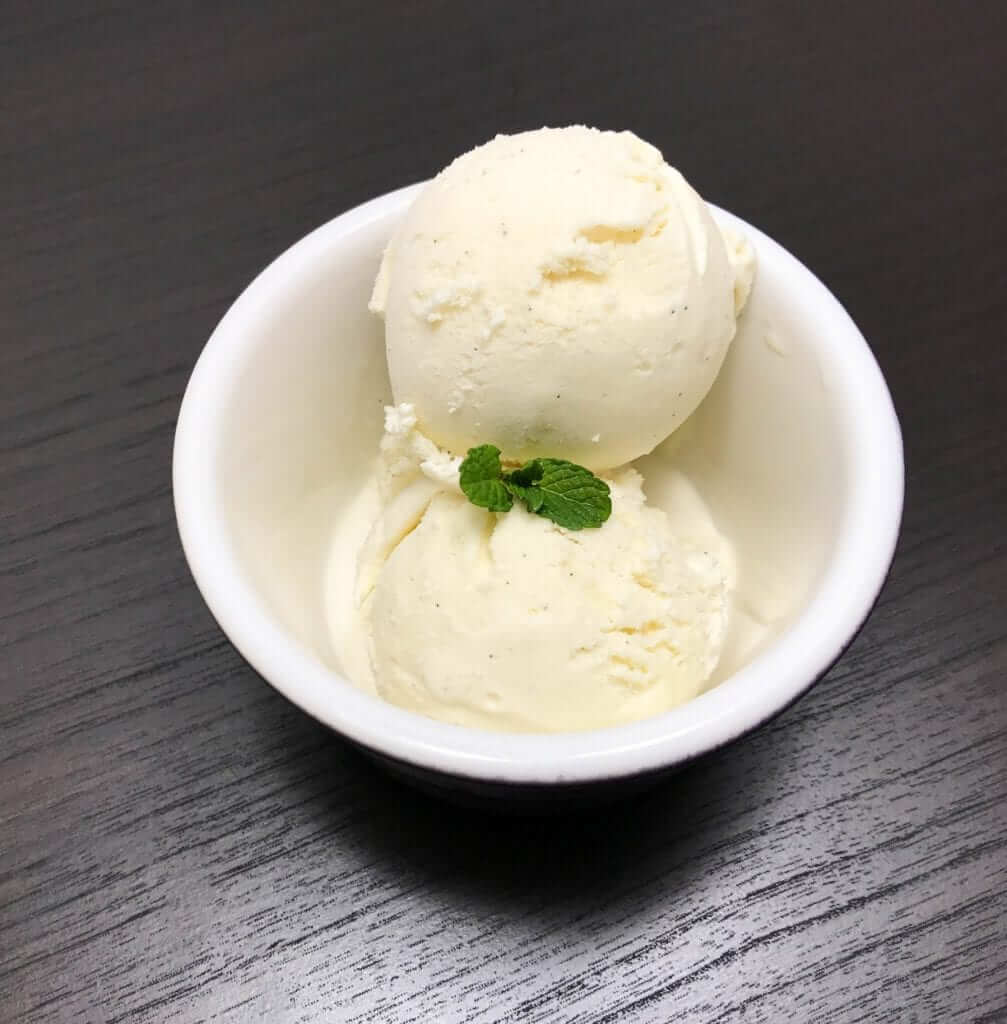 Tip-As I’ve made ice cream over the years, one of the things I always do is leave the cream off the stove. (not cooking it with the milk). This saves time as the mixture cools much faster than when heating both milk/cream together. And I can’t really tell if there’s a difference in texture when doing it this way! 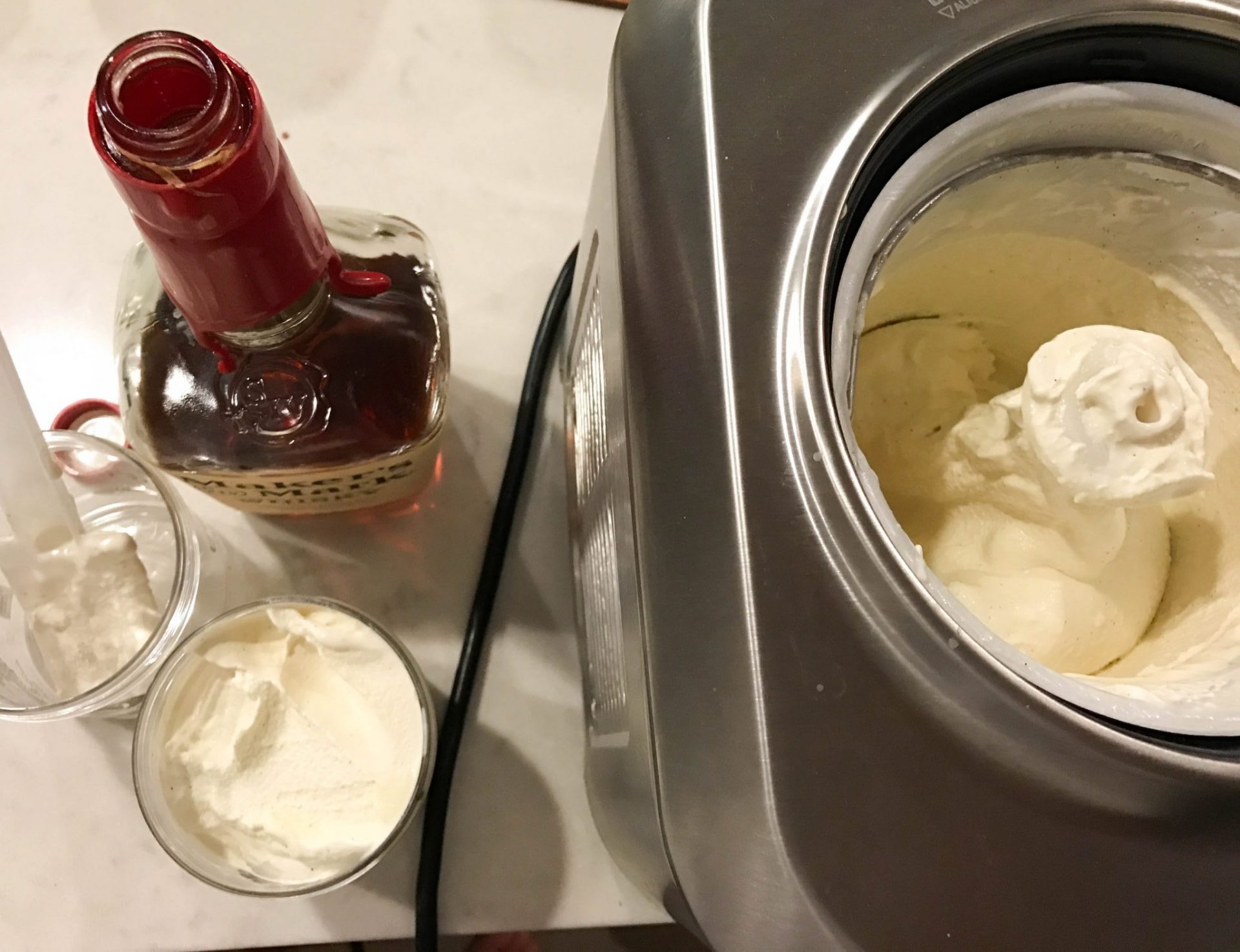 Need an ice cream machine? Check out my review of the Breville Smart Scoop, which is one of my favorite kitchen appliances!

In case you’ve missed them, here are some of my other ice cream recipes! 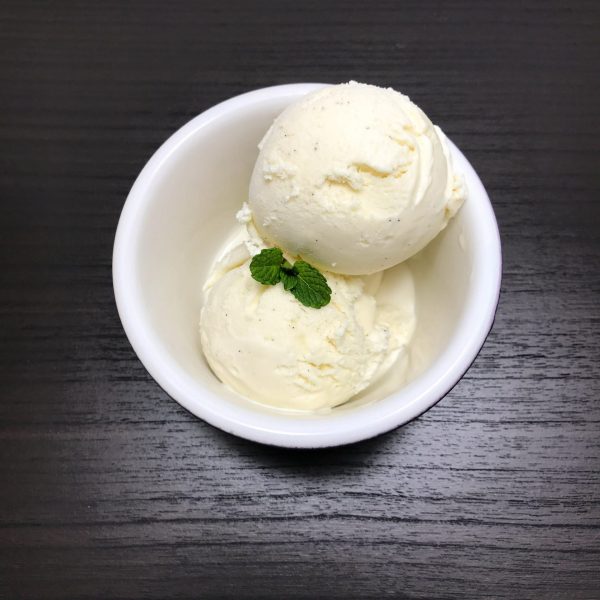 I used 1 Tbsp. bourbon and I thought it was plenty, but if you want a stronger flavor you could double it.

if you don't have a thermometer, remove the mixture from heat once the liquid coats the back of a spatula.