Are you still using a nut milk bag or even considering using a nut milk bag to make homemade soy milk? Or even considering using that along with some pots and your gas or electric stove? That’s what I used to use until I learned about a few tools and also some techniques that you can use to help you make your soy milk homemade, a lot quicker, and simple without compromise on flavor.

Changing your mindset | Power of thoughts and positive thinking

I just finished reading the second of two books by Pam Grout. One is known as E2. And the second one is called E3.

If you’ve never heard of these books before, they’re actually a collection of different experiments with which you can try out yourself within a day or a few days and you’ll be able to experience for yourself whether or not you are able to influence your reality and the things around you with the power of thought. Your brain, your mind, and you might be in for a pleasant surprise, perhaps.

If you’re in the US, or maybe even outside any country outside of Asia (like in China, Japan, Vietnam, Thailand), it might be a little bit more difficult to find freshly made soy milk.

You can make it yourself or buy it at the store. But if you don’t want to buy something that has been made to be shelf-stable or has preservatives or other things added to it, your next best bet would be to make it from scratch.

I’m going to share a couple of my tips to help you make your homemade soy milk or any kind of plant-based milk, for that matter, much quicker than you might have been doing it previously.

Tip 1: Use a high-speed blender

It’s cordless, and as much as I love it — and I use it all the time for all kinds of different things. It’s not exactly what I would call powerful as compared to something like a Vitamix. So if you’ve never considered getting a Vitamix, highly recommend, it’s one of the best blenders that you can get.

There’s a reason why it’s used in commercial kitchens like restaurants, smoothie bars, for example because it does a really good job of pureeing whatever it is that you put in it.

It’s so powerful, it’ll puree your soybeans, when you’re making your soy milk really well and really quickly as compared to something like a regular kitchen blender or an immersion blender like the one that I usually use. 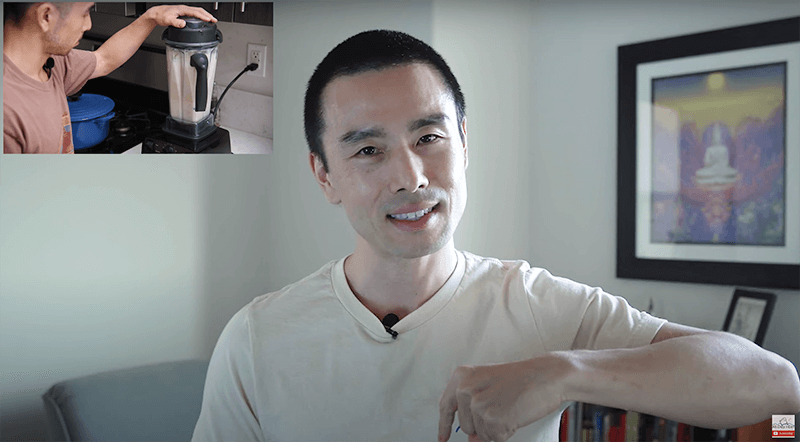 I did a review of the SoyaJoy™ G4 soy milk maker, which is an electric soy milk machine. So if you’ve never heard of SoyaJoy™ G4, it sounds kind of fancy, but it’s actually not that fancy.

It’s basically a metal container with a little immersion blender on top. The bottom part cooks the milk while the top part with the blender attached purees everything. This actually saves multiple steps in soy milk making process so you don’t have to worry about scorching of the milk because the pot itself is going to regulate the temperature as compared to your electric induction burner or your gas stove with which you have to watch the heat.

You may or may not notice. For me, it’s very subtle. 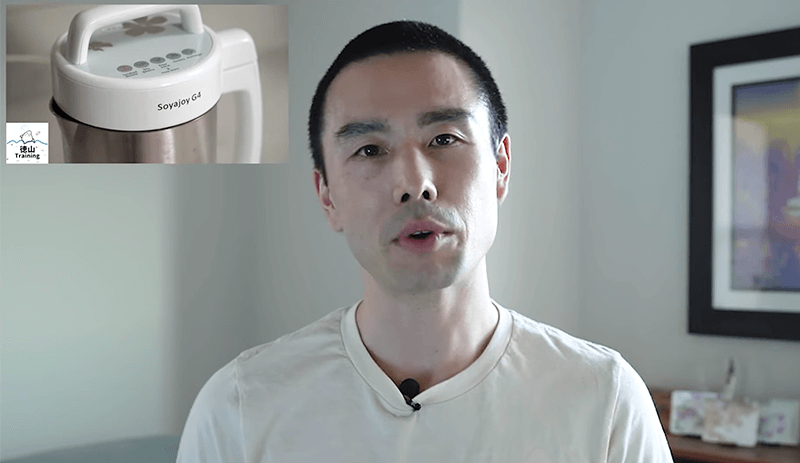 There’s this book called Deep Work by Cal Newport, which you may have heard of. It’s about concentrating on a task at hand, being more efficient, and more productive when you do so. It also talks about context switching which means when you’re switching from one task to another task, your brain actually takes a little bit of time to get acquainted with whatever it is that you’re doing.

If you’re able to batch your cooking, for example, or batch anything that you’re doing, you’re probably going to be a little bit more efficient versus if you switch tasks and you’re doing something different.

What I do when I’m making my soy milk is try to eliminate as much of the preparation part as possible by soaking my beans and also de-skinning them. I’ll generally make anywhere from four to six cups of dried soybeans, soak, de-skin, and then I’ll use one or two cups worth to make fresh soy milk, and the rest I will freeze. 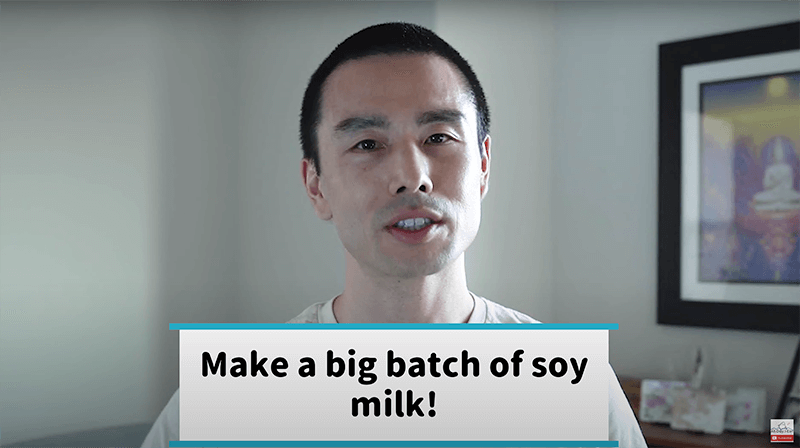 Tip 4: Do not use your nut milk bags.

You may be somewhat surprised to learn about this tip but do not use your nut milk bags. I have maybe five or six different nut milk bags, some of which have been better quality than others. I’ve also used the cotton as well as the nylon, which tends to break quite easily depending on how much force you’re putting onto your soymilk to extract it out.

There’s actually something even better than any nut milk bag that I have used. It’s a fruit press! Specifically, the ones I use to make apple juice.

Because this thing is stainless steel, and because there’s a screw on it, you can actually be very efficient as you’re turning the handle to squeeze out all of the residual moisture in the soybeans and the soybean pulp. 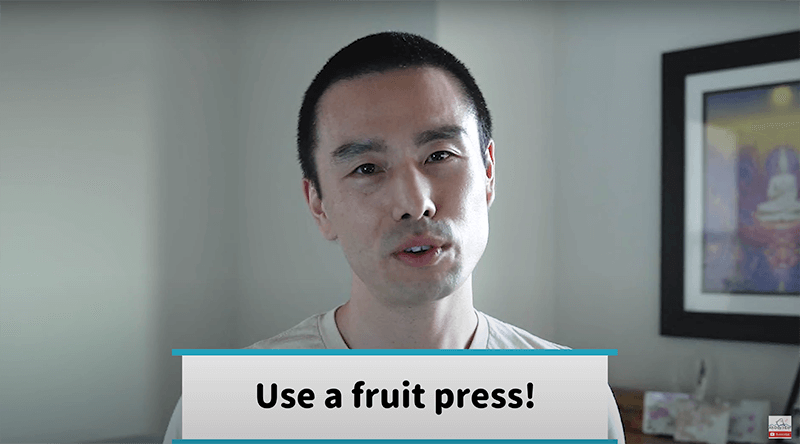 I remember the first time that I ever made any kind of nut milk. I think it was almond milk many years ago.

I think I did a decent job. It’s not too difficult to make but I’ve definitely gotten better as I have practiced and continued to make it on a regular basis. The same thing goes with any kind of plant milk. 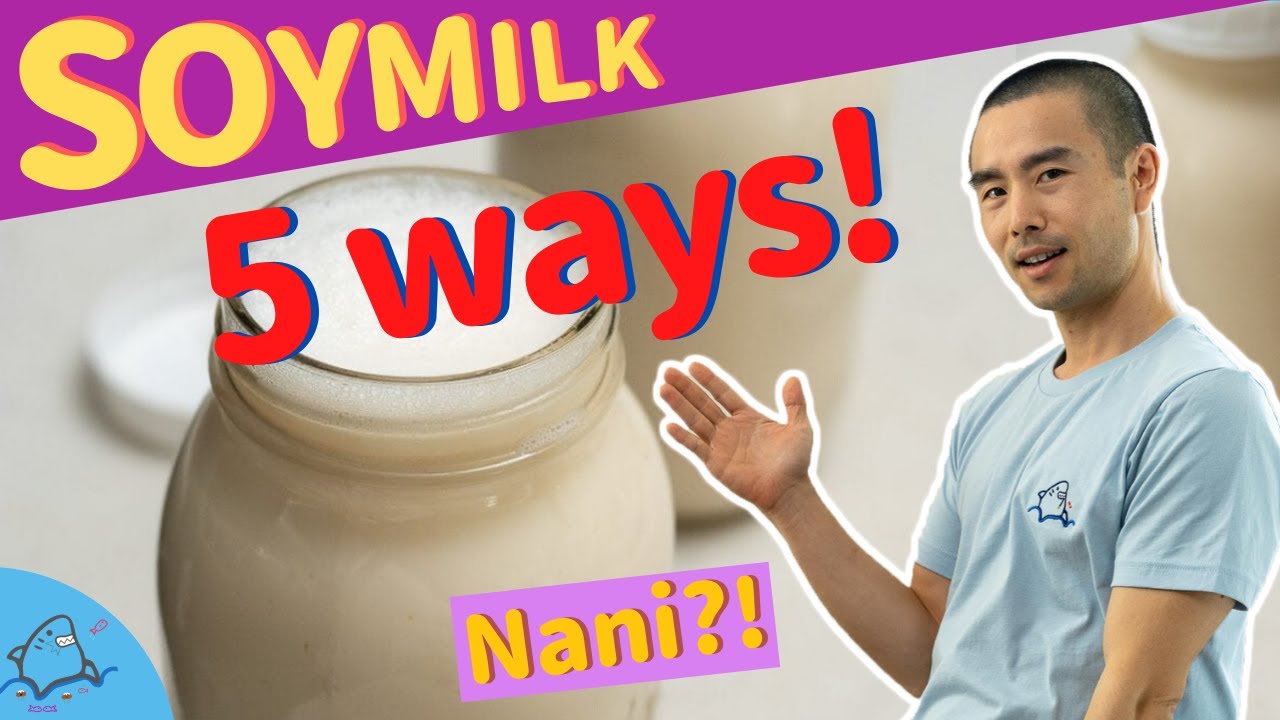 It’s difficult, fussy, time-intensive, labor-intensive. Those are all things of the past.

And now that you have these five tips for you to make plant-based milk more often, which of the tips you think is most helpful? Leave a comment or share this with anyone who you think needs help for their plant-based milk!