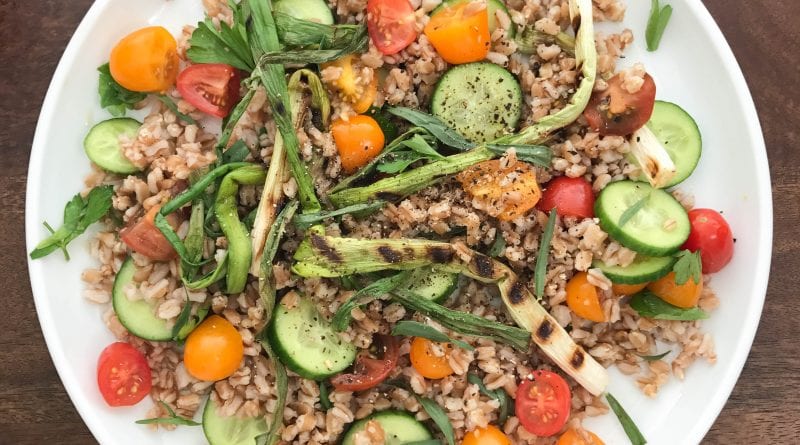 As much as I’d like to, I don’t end up posting all of the recipes and dishes I make.

Sometimes they aren’t that special or the flavor/texture was off.

These recipes below are the ones that disappointed me the most last year.

I was really looking forward to these, but they just didn’t meet my standards.

Now, don’t get me wrong, these dishes were definitely edible and you can see some have quite a lot of rave reviews.

But for me, they didn’t work. And I won’t be reattempting to make these again.

This sounded like an interesting combo and the photo looked gorgeous. BUT.

Big BUT there. Yes. Fish sauce and farro don’t go together.

I ended up throwing most of the fish sauce out because I couldn’t get myself to finish it with the farro salad.

The tarragon also was a bad addition to the fish sauce/farro mix and clashed like the sound of metal on metal.

This was no good.

I guess it’s the price you pay when you eat/cook adventurously! Had I not tried it, I’m sure I’d still be wondering how good the dish was.

So glad I gave it a shot. 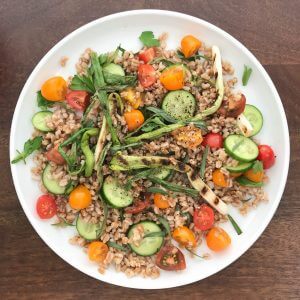 I thought this would be a good change to my daily breakfast routine and was excited to use spinach and egg whites. (I used the yolks for ice cream).

Unfortunately, the dish was a little bland. Even with the smoked bacon and parmesan, it didn’t have enough flavor for me.

I definitely spiced it up with Tabasco and Frank’s hot sauce, but then it just tasted like hot sauce.

So this was a bummer since I like polenta. The search continues…

This also seemed like a good alternative to my quinoa breakfast bowls.

I usually make them with some type of milk (cow, almond, soy), nuts and or fruit with a sweetener like maple syrup, honey or brown sugar.

But the chocolate flavor was way too rich for me. The fresh fruit cut it a little, but I felt like I was eating a bar of chocolate.

It was a little much for me early in the day.

Plus, I don’t think quinoa and chocolate go together. Do you? 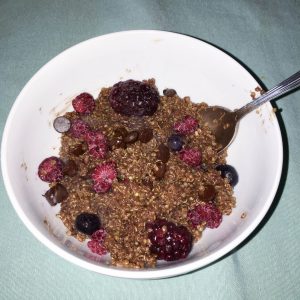 I found this in one of my issues of Bon Appetit last year.

I actually made a special trip to the market just to get raw cashews for this since I didn’t have enough.

The end result was a hard block of tasteless artificial mystery mouthfuls of half frozen coconut oil/cashew milk.

You put in a ton of coconut oil.

It was kinda gross and that should have been a red flag. It calls for 1 cup of coconut oil. Really?! Yes!!

I still have a pint left in the freezer and did not enjoy this at all.

I may just throw it out.

There were mixed reviews on this recipe at Food52, some people liked it and some didn’t.

I made it without modification and thought it was quite unremarkable.

But for the most part, I like to cook something unique and complex.

Every now and then I do eat something simple, but even then, I don’t think this would be something I would try making again. 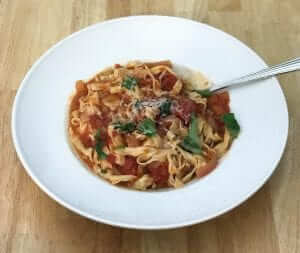 These chocolate chip cookies seemed promising but were quite a disappointment.

I didn’t think they were anything special.

I think the recipe on the Nestle package tasted better, to be honest.

The salt flakes on top didn’t add much either.

But that could be because I don’t like salt/sweet combinations that much.

Despite that, though, I thought I would give these the benefit of the doubt.

For my most recent recipes, checkout my recipes page to see what I’ve found to be delicious successes!