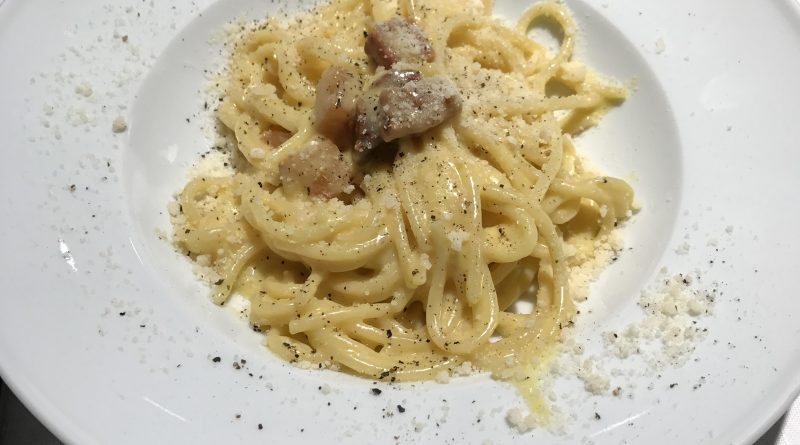 Gelato after every meal

Was something we thought we would challenge ourselves with while in Italy. And for the most part we stuck to it.

This post is a recap of all the food that we ate while in Rome. Starting with our first taste of gelato.

(some blue text is clickable in case you want to bookmark)

First taste of gelato. Fior di latte on right. The ‘cafe’ on the left was super duper strong. The strongest espresso flavor I’ve ever had and for the rest of the trip, no gelateria came close.

That day I found my gold standard for ‘cafe’ gelato. If you get a chance, don’t miss it. 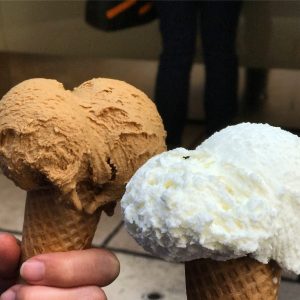 First meal in Rome. They have a deli/restaurant and an espresso bar. The deli always gets packed with a wait. But since we arrived early for lunch we decided to get an espresso.

While I was drinking my espresso, a group came in and asked if they could sit in the back. When I asked if that is for the restaurant the waitress said yes. When we got back there we saw there was a seating area.

Essentially the bar and deli share the same kitchen and menu. So we scored an easy lunch with no wait! + they have wifi.

The cheese pasta on the bottom was super cheesy and salty. Not sure that I’d recommend that one. The carbonara, on the other hand, was solid! 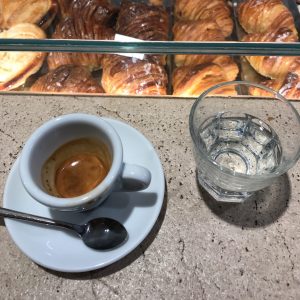 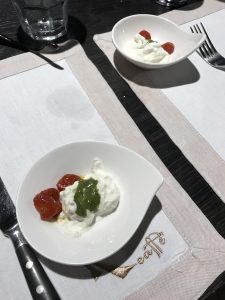 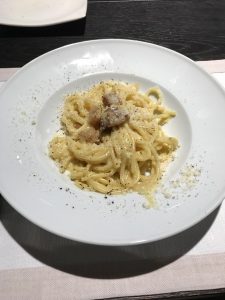 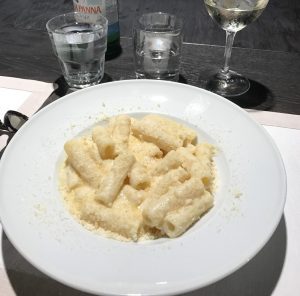 This was our first dinner in Rome. It had good reviews and it was recommended by our hotel concierge.  There was a good mix of locals and tourists. At least 5 or 6 people stopped by trying to walk in without a reservation and all were turned away. Make a reservation if you want to eat here. It was some of the best pasta we had on our trip. (note- none of the pasta we had was bad :)) 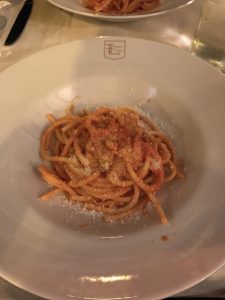 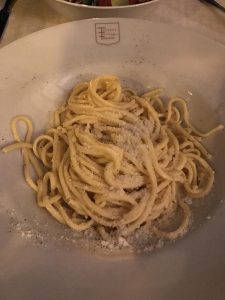 This was our favorite spot for gelato in Rome. Out of all the places we tried, this place had the best flavor and consistency. They also had some unique flavors like apple mint for example. We went here 3 times during our stay. The nice thing is that it doesn’t have much around for tourists and each time we went, only locals came by to order their large tubs. Wish we had that option here!!

Top is a cone with cafe and fior di latte, middle is a cup with coconut, bottom apple mint/hazelnut in the cup, stracciatella in the cone 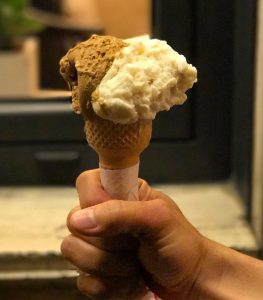 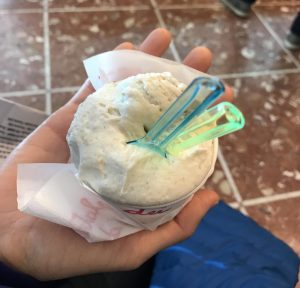 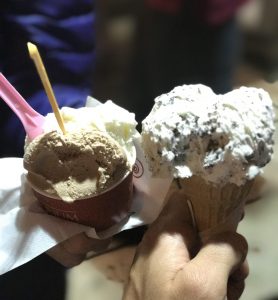 Since it was truffle season we thought we would give this truffle restaurant a go. It had very good reviews and our concierge also recommended it.

We had two of their signature dishes. One was a white truffle tagliolini (left) and a black truffle risotto (right). I liked the white truffle more and the flavor in each was quite strong and potent. None of the “truffle” dishes that I have had come close to what I ate here.

If you remember my book review for Real Food, Fake Food, truffle products are one of the fake foods that he covers.

I’m happy to say that I finally got around to trying the real thing!

For all I know, I could have been eating 2,4-dithiapentane this entire time! eek.

We had passed by this restaurant one day and I thought the menu look interesting and innovative. We arrived at opening and by the time we left there was only one other party. So not sure how popular this place is. The food was okay. We had an octopus pasta.

The octopus was very soft and pasta and sauce a perfect combination. 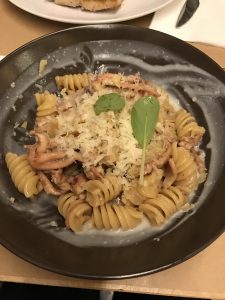 I had mackerel with an herbal seasoning. The skin was perfectly crisp and flesh perfectly moist and tender. It was very nicely done. 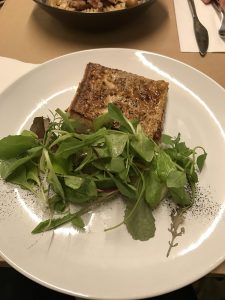 This place was okay. We happened to be in the area and I had bookmarked this place to try. I thought the sign they had in the seating area was funny: 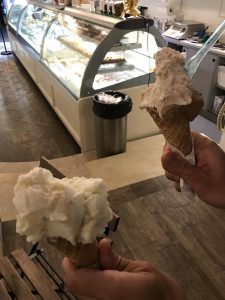 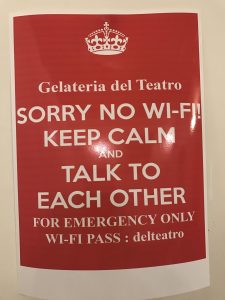 This was our last meal in Rome. We just got back from Naples and were hungry and decided to check this place out. The left is a house special ravioli with ricotta and the right is a carbonara pasta. This place had 6 EUR house wine that is very popular. Overall, it was a very good meal and would recommend this place.

One of the highest rated places to get Tiramisu in Rome. It was pretty good! They say that you need to eat it within 30 minutes. and then ask you “do you understand?!” They ask that quite sternly to each and every customer ! Pretty funny. 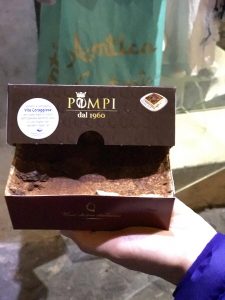 And there you have it. Please leave me a comment or let me know if you have any questions. Thank you for reading!

Want to see where I went next click for Naples 🙂 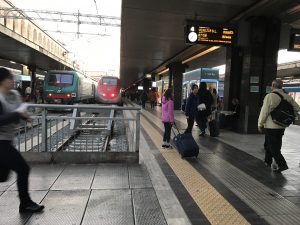 Tweet
Pin7
Share
7 Shares
In case you missed them, here are some of my other Travel posts!