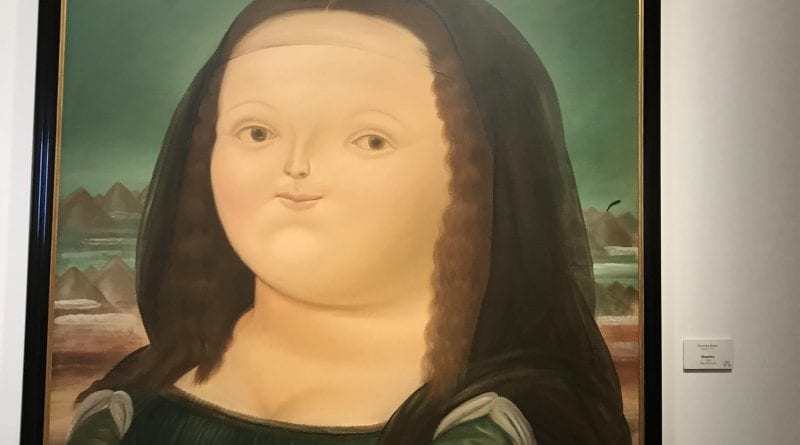 Colombia is one of my favorite countries to visit

The first time I visited Colombia was back in 2009, I was there just before their annual flower festival which is hosted in Medellin, Colombia.

I’ve been wanting to go to Cartagena ever since my first visit.

I didn’t get a chance to go on my first visit, since I didn’t have time.

And some of the people that I met while in Colombia, ended up visiting and just said I have to go! See a trend? I’m not normally this easily swayed, but it’s been on my must-go-to list ever since!

So in short, we wanted to go to Miami for an event during Miami Music Week. Rather than just going to and from Miami, we thought we should try to use a little more miles and make a loop through South or Central America.

The alternatives were: Guatemala City or Panama City.

For the amount of miles required and the award availability we thought we should take advantage and head down to Colombia and save Central America for another time.

So off we went!

I booked a somewhat complex itinerary. Two one-ways with open-jaws as well as stopovers. I normally don’t fly business, but the business award ticket was actually cheaper than the economy ticket. So definitely took advantage of that! Here are each of the legs-

Here are each of the legs-

We spent 3 nights for 30,000 points total at the Hampton Inn Usaquen. Usaquen is one of the neighborhoods in the northern part of the city. The hotel was a relatively new hotel and rooms were nice, clean and bright. The only negative was that the walls were super thin so it sounded as if your door/window was open when in fact it was not…

Bogota is a lot more modern and sprawling than I remember. The traffic getting to our hotel from the airport was pretty bad. What should have taken 30 minutes took almost 1 hour and 20 minutes. But that’s just part of traveling.

Is super easy. Last time I visited, there was no Uber and I didn’t have an iPhone or GPS. I used either a paper map or Lonely Planet Guidebook to get around. Yes. Those were the days.

With taxis, you would call and request one and then give a password to your drive before you went anywhere. (For security reasons). The taxi procedure is still in place, but now they also have Uber.

So if you’re visiting from abroad you don’t have to worry about getting into a shady taxi that runs the meter!

Keep in mind that though they have Uber, it’s illegal. So, when you request one, one of you has to sit in the front seat and pretend that you are friends if you get pulled over. Yup!

We made it through without incident and there are many people using it there.

The rest of the time we were on foot.

With the exception of the Ciclovia. A city-wide event held on Sundays and holidays where they close several of the major roads in the city to bikes and pedestrians.

It was one of the most fun things I’ve done in a major city in a long time.

Would be a lot of fun to see that happen in Los Angeles or any other large American city yeah?

I didn’t get a chance to see Usaquen the first time I visited, but it was in line with my expectations based on what I had read.

It’s a nice quiet residential neighborhood with many good restaurants scattered about.

Usaquen has a Sunday market, which also takes place on holidays. (We happened to be there during mens day, El dia del Hombres)

It’s a pretty small market which you can probably cover in about an hour or two, with lots of arts and crafts and some food stalls.

For the rest of the time, we explored the following neighborhoods (North to South)- Chico/El Retiro, Chapinero, and La Candelaria. Mostly for the purpose of food and walking off all the food we ate.

The only real sightseeing we did was in La Candelaria, which is the historic district.

We did a free tour for a couple of hours which walked through the major attractions and is something I would recommend if you are in the area.

Other things I especially found enjoyable was the Botero museum and the Museo del Oro (gold museum).

Apparently, Botero is working on a kama sutra series of paintings so will be interesting to see how that looks.

The Museo del Oro has lots and lots of gold pieces, my favorites are the ones that look like insects or miniature planes.

The show Ancient Aliens theorizes that the gold pieces were in fact flying machines, not insects. Maybe when you visit, you can see them up close and decide yourself. 🙂

The last group of pictures are from the Ciclovia bike ride.

That will be it for now, next I will be sharing some of the food we ate while in Bogota!!

Let me know if you have any questions and thanks for stopping by!

Tweet
Pin32
Share4
36 Shares
In case you missed them, here are some of my other Travel posts!