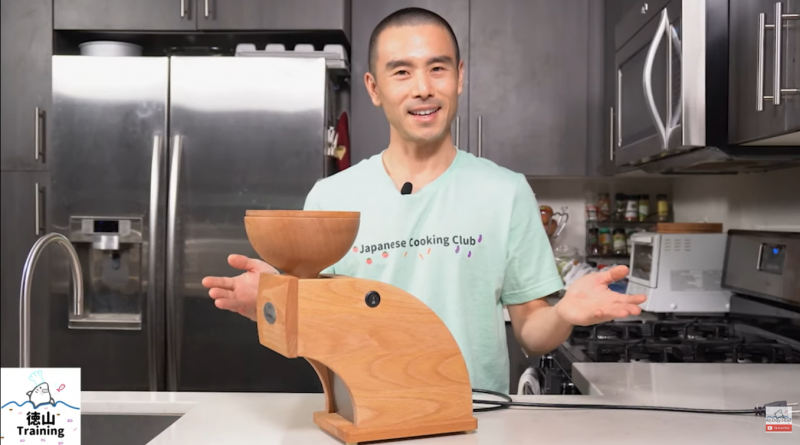 Are you in the market for a rolled oat maker, or have you potentially found and have been looking at, researching, this particular Komo Flocman? If so, you’re in luck because today I’m going to be doing a little product review telling you all about it, and my experiences using it. 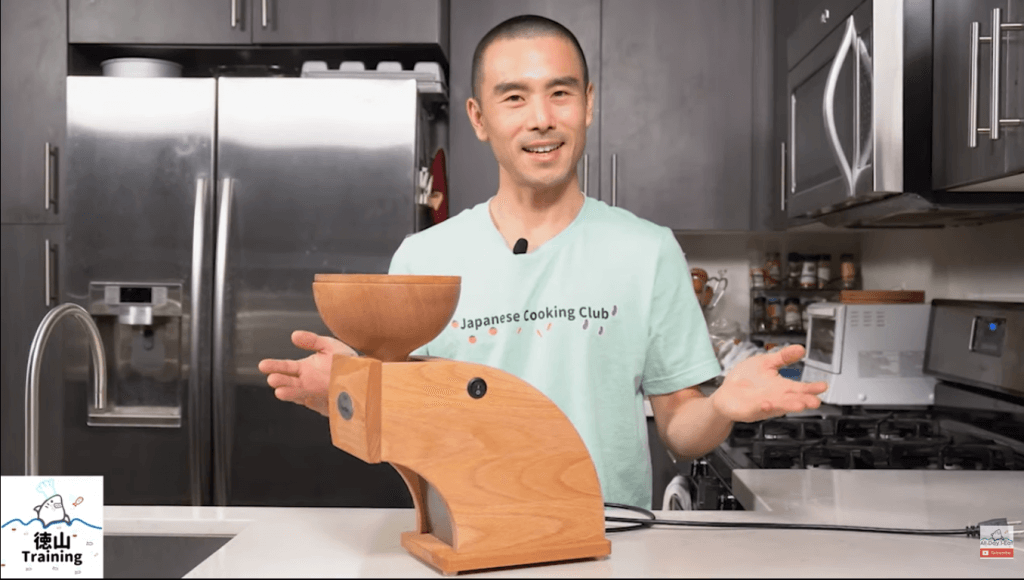 Why buy a Komo Flocman Flaker?

This is the one that I chose to buy specifically so I can roll my own oats. And I eat a lot of oatmeal because it’s healthy, and it’s also nutritious. It’s got a lot of fiber, it’s got a lot of vitamins, and it’s a good way to fill up for breakfast, thanks to the protein as well. It’ll keep you full. That’s one of the reasons why I bought it because I was tired of using store-bought oatmeal.

My awakening was a few years ago when I actually bought Anson Mills Oatmeal, which was freakin amazing. If you’ve never had a really good oatmeal before, I highly recommend that you start with Anson Mills oatmeal. It tastes really good because they flake it. Plus, they’re using some sort of an heirloom grain, so it’s not a commercial grain.

And it tastes amazing. It was life-changing. And that’s what ultimately led me to purchase this thing so that I can do my own oats at home. And this tastes just as good in a different way.

You can adjust the coarseness or the thickness depending on how thick or thin you want your oats.

There’s a little knob here where you can adjust the fineness or the thickness.

If you flake them thinner, they’re going to cook quicker.

If you’re going to be using it for granola, then maybe you might want a thicker oat for a little bit more texture and bite. 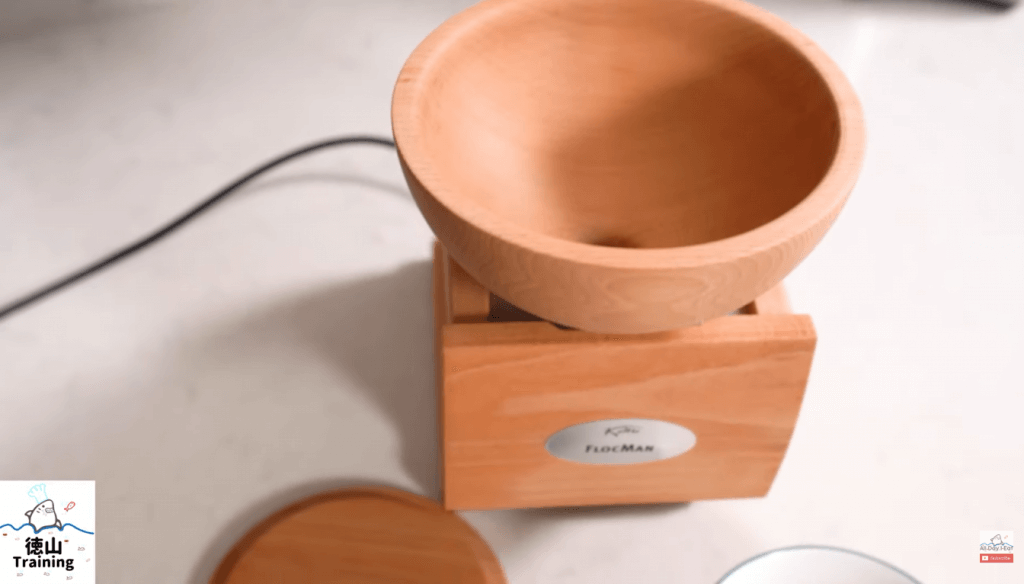 How do you use it?

As far as using the device, it’s pretty straightforward. All you need to do is pour in your whole oat groats, your grains in here.

You can use any type of whole grain.

You want to stay away from anything that’s oily though because this is meant for dry things like whole oats. You can use wheat berries as well.

And all you need to do is turn on the little switch. It’s very simple to use.

It only takes a few minutes, depending on how much you’re making, or a few seconds if you’re not making that much, to get a nice set or a nice batch of freshly rolled oats.

What Does the Package Include?

In terms of what you get when you buy the Flockman, mine basically just came with this device. The cable is attached, and this bowl. It also comes with a bowl for catching the rolled oats.

And the instruction manual as well, which I don’t have. But you don’t need it because all you’re going to do is flip on the switch, drop in the oats, and you’ll get some rolled oats — or rolled grains, if that’s what you’re going for.

It’s very easy to use. All you need to do is open the lid and drop in your oats, and then turn on the switch. This does all the work for you.

It’s very well made. It seems very heavy, so the motor is somewhat strong. It does a good job rolling oats. I was pretty surprised that not only how good that they tasted, but the texture and also the aroma.

You can roll your oats on demand. You don’t necessarily have to be using your hand. You can use your hand for other stuff. You can multitask.

It’s electric and easier, as compared to the cheaper manual versions, which you can also consider if you don’t mind the manual work. But chances are, you’re not going to be as inclined to make rolled oats when you have to do that much work.

You can adjust the oats to your liking. There’s a thick setting, a thicker setting, and also a thinner setting.

It comes with a 12- year warranty. That’s a super long warranty. Who gives 12 years of warranty these days? Not very many people. 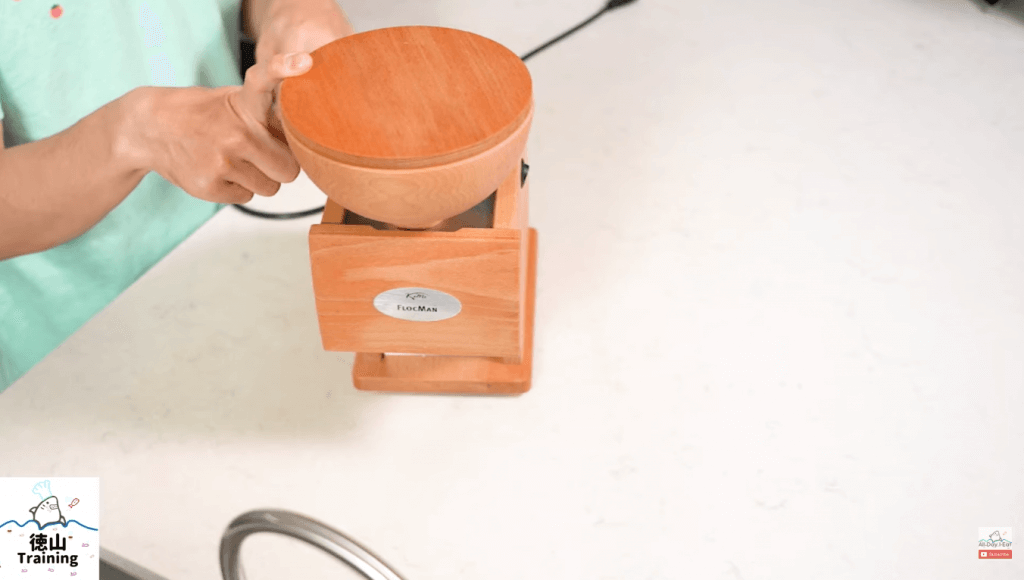 You may or may not agree with me on this, but I think this is somewhat of an odd design. It’s a sort of like a quarter of a circle design. I don’t know how you describe that shape. I would have preferred something that’s more upright, kind of like a coffee grinder or a coffee machine, like a traditional one. I think it takes up a little bit more space than it needs to as a result of that.

There isn’t really any chute. If you look at the bottom, there’s no chute. If you’re not using a wide enough bowl, and that includes the one that came with the Komo, it’s going to spill on the sides because there’s nothing that’s directing the oats to go into the bowl. They’re just flying out all over the place. You’re gonna want to use a wider bowl like this one, and it’ll do a better job, or at least maybe something that’s higher up so that you don’t make a mess of oats all over the place.

This is a very specialized device. So if you’re not going to be rolling your oats or other grains like wheat berries, this might not be for you, because that’s pretty much all that it does.

A fourth con which may or may not be a con for you, but for me, I would have preferred a darker wood, like a walnut or a cherry wood because my cabinets are all dark. And I try to get dark things to go with my kitchen when I can. 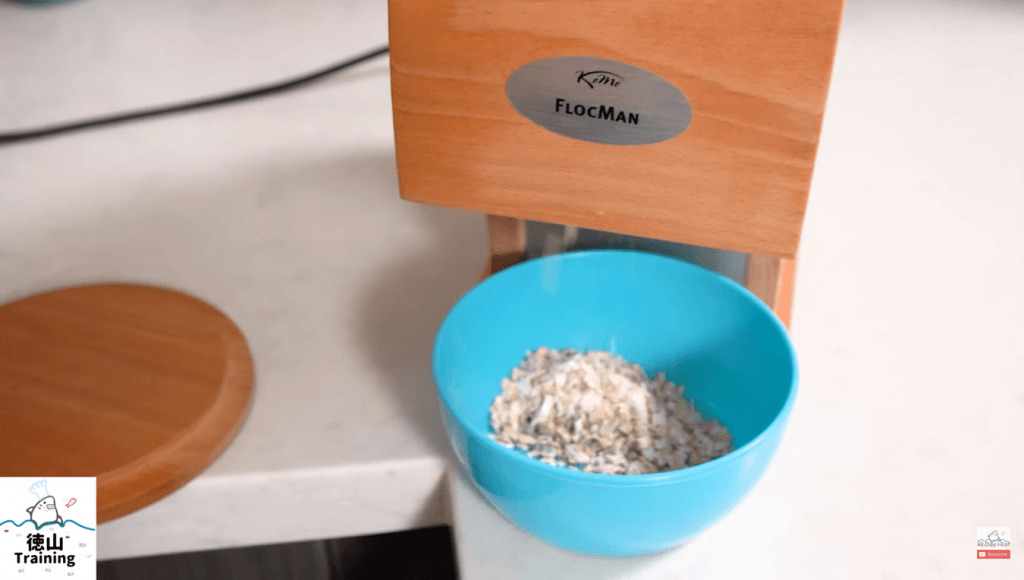 Tips for Rolling Your Oats

If you want to be healthier by eating more nutritious, more fresh food, one tip is to get an oat flaker. Stop buying store-bought oats, and you’ll notice right away that it’s going to taste better. It’s also healthier because the nutrients are still there.

They haven’t oxidized and deteriorated because of having been sitting on a shelf, or they’ve been steamed to help preserve the oats from going rancid, which is what happens. That’s the way that store-bought oats are processed so that they can be shelf-stable.

That’s why most people probably don’t like oatmeal because they’re used to eating oatmeal that’s been sitting on the shelf forever, and has zero flavor because it’s been steamed and processed. That’s why they have to add a lot of sugar or other flavorings in there to make it taste better. And it still doesn’t taste that good because all you’re tasting is that sweetness as opposed to the natural flavor.

The second tip I have for you is after rolling, to use your oats immediately. Because as soon as they’re rolled, the surface area has increased significantly. The grains are no longer intact. They’re going to start to oxidize and deteriorate. So, you want to use this right away.

Also, if you want to make oat waffles, or pancakes, or any kind of baked good with your oat flour, that’s another alternative that you can try.

Another option that you can try is to turn your rolled oats into oat flour and use it for baking or anything else, like pancakes and waffles. Those two things are quite delicious, by the way. If you’ve never tried using oat flour for waffles and pancakes, it’s very good.

The next tip after you roll your oats is to try toasting them on the stove. Specifically for oatmeal. You’ll notice that that helps to develop a more nutty, earthy flavor as compared to just using these straight away and just dumping some water on them. So if you’ve never toasted your freshly rolled oats before, you might want to give that a try. 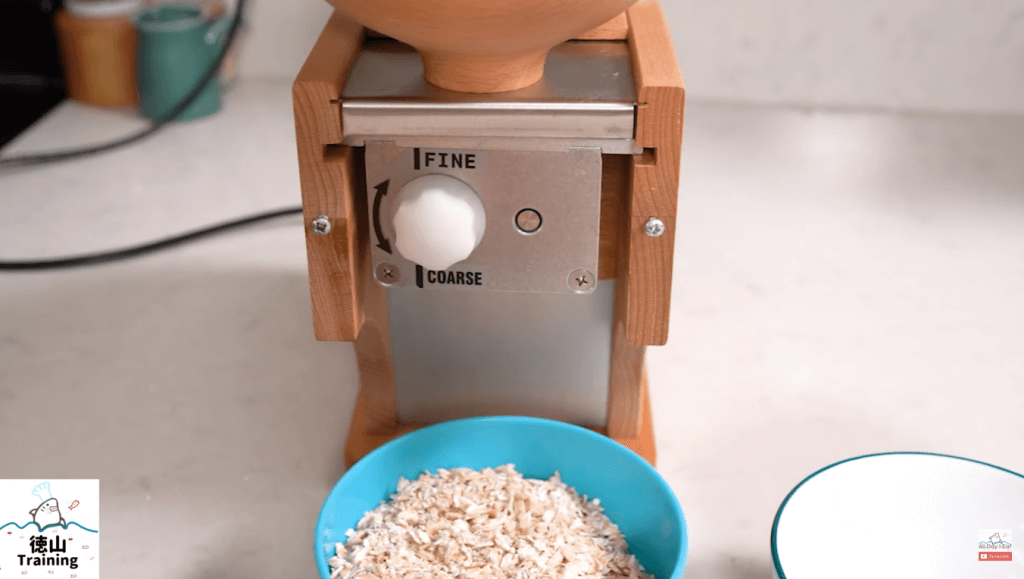 Use a large skillet and put it on medium-low heat, and then stir it occasionally until it gets nice and aromatic.
After that point, you can transfer it into a pot, add some water, and then make your oatmeal.

It’s another great way to change things up a bit if you’re used to just using straight oatmeal or rolled oats.

The last tip for you guys is to get organic if you can, which would also mean that it’s non-GMO. But if you can’t get organic, then try to get non-GMO so that you aren’t eating any genetically modified grains.

That’s one of the benefits of doing your own rolled oats at home. You can choose the source of the grain. And chances are, you’re probably interested in using something that’s organic because it’s healthier for you. It’s better for you.

So those are a few of my tips and a few of my pros and cons. Let me know what you guys think.

have you tried freshly rolled oats yet? and if so what do you think? and if you haven’t yet, are you a little bit curious now?